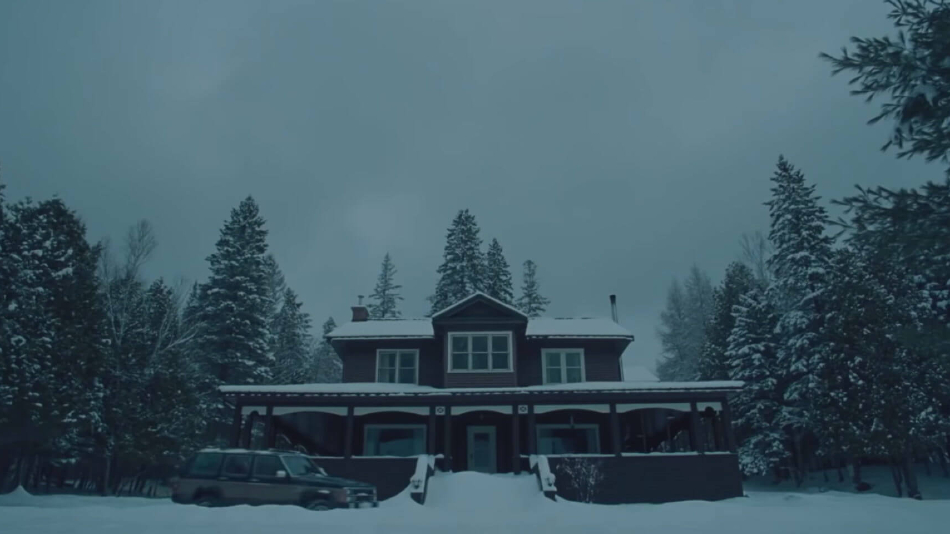 A flagrant male fantasy appears during the opening moments of this film: that a woman would kill herself rather than accept being dumped by a fellow. The first quarter hour of “The Lodge,” from Austrian directors Veronnik Franz and Severin Fiala, is the most illuminating. It’s too bad that the fast pace with normal conversations will slow down to a crawl and end the movie with repetitiveness and far-away looks sustained by the close-up camera, that might lead some in the audience unable to repress their laughter.

Of course scenes of activity in cabins in the woods are a favorite of horror-meisters, the best in my opinion being Eli Roth’s 2007 “Hostel II,” which follows three American female art students in Rome who are directed to a Slovak village where they are kidnapped and taken to a facility in which rich clients pay to torture and kill people. The only torture in this entry is psychological with an occurrence in at least one scene that is simply inexplicable.

The film may recall the 1978 Jonestown Massacre in Guyana in which a cult leader demands that hundreds of his followers drink poisoned Kool-Aid because “God is waiting for you.” “The Lodge” focuses first on Richard (Richard Armitage), who urges his wife Laura (Alicia Silverstone) to speed up their divorce to allow him to marry Grace (Riley Keogh). Aside: Anyone who would toss out a woman that looks like Alicia Silverstone for anybody else might be more nuts any other character in this movie.

Dad wants his two sons, teen Aiden (Jaeden Martell) and younger sis Mia (Lia McHugh) to bond with Grace, his new squeeze, allowing the family to settle peacefully into new surroundings. To hasten the peace plan, he invites Grace to his rustic cabin during the dead of winter, then leaves her with the kids to finish up some business in the city. Truth, though, often comes out of the mouths of babes, as when Aiden rhetorically asks his dad “Why do you want to marry that psychopath?”

There is much evidence that things are not right in Grace’s mind. She is the sole survivor of a cult massacre ordered by the leader, depending on prescription tablets to keep what’s left of her sanity. But when things disappear in the cabin—food is gone from the frig, the adorable Maltese dog has gotten out in the blustery weather, and most important Grace is missing her pills—the stage is set for horror.

But the real horror is not only long in coming, though it was best presented in the opening scene. From that time onward the movie bogs down in long stares, cold shoulders, and a single event that indicates a possible sexual attraction by the older boy for the new woman. Melodramatic incidents such as the family unit’s falling through the ice (was that planned or was it an accident?) and visions by Grace of people from her past (hallucinations or real ghosts?) make way for the dramatic conclusion, which leaves questions unanswered.

No complaints about the acting. Richard Armitage is fine as the male adult unable to see what his teen boy intuits, and Riley Keough is spot-on as a woman who seems normal at first but who steadily loses her emotional bearing.