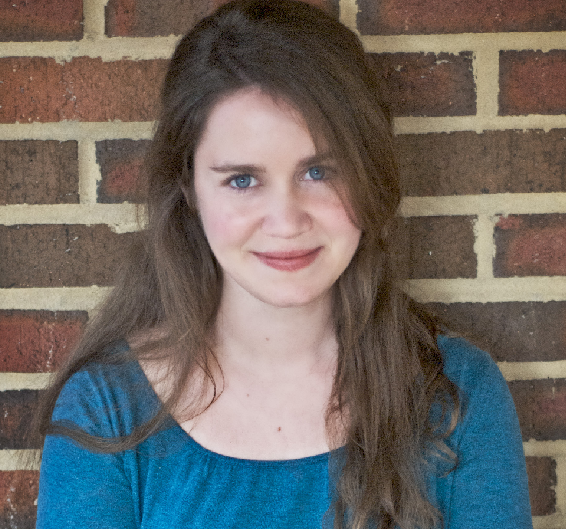 Martha Shane, the co-director and producer of the documentary, ‘Picture Character.’

Language has always held the power to transform the tone of messages throughout history, no matter how people communicate. The powerful transformation of human interaction, particularly to fit the continuous evolution of technology, is highlighted in the gripping documentary, ‘Picture Character.’ The movie helps prove that while the spoken language may limit the depth of verbal conversation between people who don’t speak the same dialect, visual communication through pictures can overcome that stilted exchange, and help bring people of all cultures together.

Martha Shane and Ian Cheney served as co-directors on ‘Picture Character,’ which they also co-produced with several other filmmakers, including Jennifer 8. Lee. The movie had its World Premiere during the Spotlight Documentary section of last spring’s Tribeca Film Festival.

‘Picture Character’ follows the development of emojis (which translate to the English term picture character from Japanese), which have emerged as a way for billions to communicate. Their widespread use and ability to convey complex and subtle feelings could mean the world is on the cusp of discovering a new language.

Shane and Cheney track the evolution of the global digital language, with the help of such innovators in the field, including Rayouf Alhumedhi, who created the hijab emoji when she was 15-years-old. The filmmakers also take viewers deep into the development world of picture characters, from the private non-profit international consortium that standardized emoji offerings and decides on the introduction of new ones, to the campaigns for new emojis, and to the very beginnings of emojis in Japan.

Shane, Lee and Alhumedhi generously took the time to sit down at the New York City offices of ‘Picture Character’s sales company, Submarine Entertainment, for an exclusive interview about the documentary during the 2019 Tribeca Film Festival. Among other things, the filmmakers and emoji developer discussed how they wanted to explore how emojis are created and chosen to be included on smartphones. The trio also shared how they appreciated the experience of having the movie premiere at the Tribeca Film Festival, and share it with audiences in New York City.

The conversation began with Lee explaining how production on ‘Picture Character’ began, and what interested her in production the documentary. “The story started when I was texting with a friend in August 2015 about cooking dumplings, because we’re both Chinese women, and cook dumplings. I sent her a photo of dumplings, and she sent me a knife and fork emoji. She then said, ‘Apple doesn’t have a dumpling emoji.’ I was like, ‘That’s kind of strange,’ but thought nothing further of it at first,” she shared.

“Then about half-an-hour later, a dumpling emotion with little heart eyes popped up. I asked her, ‘Did you make that?,’ and she said, ‘Yes. I decided to take matters into my hands,” the producer divulged. “So I was like, how did I get a dumpling on the keyboard? To me, the world was broken, because dumplings are such a popular food.” So Lee decided to attend a meeting for the Unicode Consortium, which selects the emojis that will be used by the world’s smartphones. They make their determinations based on submissions from individuals and organizations, who present their case with evidence for why each one is essential.

The Unicode Consortium “is made up of older, white male engineers, who debate things like should there be a pancake or pancakes emoji, or if the milk emoji should be in a glass, carton or bottle. I thought, this can’t be,” the producer further shared.

“So I emailed Ian Cheney, who was one of the directors on our last documentary (‘The Search for General Tso’), which is about Chinese food in America,” Lee continued. “I heard nothing from him at first, because he was having a baby. I texted him again about 10 days later, and he said, ‘it sounds like a great idea! I’ll talk to you after the baby darkness.’ He later brought on Martha.”

Shane then chimed in, and agreed with Lee that they had to make a documentary about emojis. “As a director, and working in this visual medium, I thought, these emojis will look really great on screen…As I started looking into the emojis, and all these little details, I had these questions that we didn’t have answers to,” the director noted. “One of the biggest debates in emojiland was the lack of diversity, so we were able to tell some of those stories, which were a lot more relevant to broader conversations.”

Shane then became emailing Alhumedhi, after she became part of the establishment to change the way the Unicode Consortium worked from within. When the producer asked the emoji creator about herself, Alhumedhi revealed “that she was only 15, lived in Berlin and was Saudi Arabian. I almost immediately called everyone and said, ‘We found our protagonist for the documentary!,” which garnered laughs from Lee and Alhumedhi.

“We still didn’t know who would be the protagonist at that point,” Lee admitted.

Alhumedhi then chimed in about how she became attached to ‘Picture Character,’ and why she was interested in appearing in the documentary. “Everything snowballed pretty quickly,” she revealed. “Once I sent in the proposal, about a month-and-a-half later, I was on the phone with Martha, and she asked if I wanted to be in this film about emojis. I said, ‘Yes, let’s do it!’

“When you’re 15, and your whole life is about school and friends, you don’t think something this big could happen to you,” Alhumedhi admitted. “So I was obviously overwhelmed. But to be a part of a big production that’s now premiering here in New York City is crazy!

“The process of filming my part of the film took about a year. Then the other stories in the movie took a a few years to film. So it was a lengthy process, but worth the wait,” Alhumedhi affirmed.

One of the biggest challenges in making ‘Picture Character’ was incorporating the emojis and animation into the narrative, Lee revealed. “The film’s about emojis, but how do we incorporate them into the story, without just putting them on screen? Continuously cutting to the emojis on people’s cell phones gets boring after awhile.

“So at first, we worked with one of our friends to sketch out what the animation would look like. We then brought in an animator, who’s incredible. He was able to create this whole universe for the emojis, so that there’s a physical space where the emojis live…So we had all of these funny, abstract conversations about how the emojis should move and interact with each other. I think that’s also where we wanted language to exist. At certain points, you see different words flying through. So that way, you can see the connection between language and emojis.”

In addition to determining how they should incorporate the emojis into the narrative, figuring out how they would visually present the entire documentary was also important. “We worked with three great cinematographers,” Shane divulged. “We worked with them to find the balance between the interview styles. We wanted certain scenes to be very observational, but not follow anyone around in a reality TV-like fashion. We wanted to have set shots. The style evolved as we were making the film.”

Lee then dove into what the process of interviewing the subjects who are featured in ‘Picture Character.’ “We ended up interviewing a lot more people than are in the final version of the film. We were initially very interested in speaking with linguists. There’s such a controversy amongst linguists about whether emojis are actually a language. We ultimately chose Tyler Schnoebelen and Susan Herring to represent opposing points-of-view,” the producer shared.

“We interviewed a large subsection of the people who thought deeply about emojis, because there aren’t that many out there. It’s still a relatively new phenomenon right now, but 10 years from now, I think there will be a lot more people thinking about it,” Lee added.

While there aren’t many experts on the way emojis are influencing communication in present-day society, Alhumedhi then pointed out that “Like me, no one questions their existence, and how they even came about. But they change the entire mood of a sentence.

“Even on the marketing side, so many companies are using them in creative ways to attract younger consumers. But it’s only when you watch movies like this…that you become conscious of it,” Alhumedhi added. “A movie like this sheds a really big light on a form of communication that we may not be so well-versed on.”

Once the interviews and information was gathered for the movie, Shane and Cheney began working with “an amazing editor, Freddy Shanahan. Initially, we were very focused on the three main stories that are in the film. We ended up with a film that was exclusively those stories. That version was great, as it had a lot of inherent drama and suspense,” the director noted.

“But at that point, we felt it was missing a lot of other elements that we wanted to ask, like how do emojis fit into pop culture? What are the multiple meanings behind them? So we started to thread those questions into the interviews of the main arcs of the film,” Shane also shared.

“Very close to the end, we came up with the emoji narration that we had…It also let us experiment with something we always wanted to do, which was subtitle the entire movie with emojis,” the helmer further divulged.

Once the final version of ‘Picture Character’ was completed, the trio cherished the opportunity to premiere the documentary at the Tribeca Film Festival. Alhumedhi called the experience “so incredibly surreal. I live in Vienna now, and if anyone knows it, it’s a very quiet city. It’s very old in history and culture, which is perfectly fine.

“But to come to New York City, and attend the Tribeca Film Festival, is amazing. I’ve heard about it for so long, so to actually be a part of it, is crazy,” Alhumedhi further gushed. She added with a laugh, “I’m so happy to be here!”

Shane then chimed in, saying “I’m from New York City, and she (Shane motions to Lee) lives here now. It’s like attending a film festival in your hometown. It’s very strange to wake up in my own bed, and then go to a festival,” she admitted.

“When you’re editing a film for a year, you look at these people’s faces every day. You think about every word they say so carefully. So now to see them here, in person, is great!,” the director added.

“And they’re uncontrolled!,” Lee chimed in with a laugh.

“This process has been really amazing and fun,” Shane concluded.