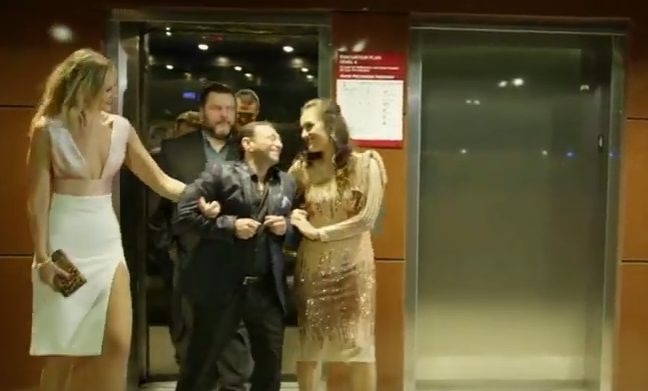 Filmmaker Steven Chase has made new friends, just in time for Valentine’s Day, in his new romantic comedy, ‘Stan the Man.’ In honor of the actor’s title character in the movie willingly spending time with his supposed new friends in the movie, which Avail Films is releasing today On Demand, ShockYa is premiering a new clip from the feature.

In the clip, Stan is influenced by his new Russian “friends” to get into their limo while he’s visibly under the influence of drugs or alcohol. He agrees to go with them, much to the dismay and protests of one of the staff members of the hotel where he lives.

In addition to starring in ‘Stan the Man,’ Chase also directed the comedy, which was written by Zachary Sasim. Avail Films has released the following synopsis for ‘Stan the Man’:

Stan Mann (Chase) is a new money multi-millionaire, whose life consists of ladies, gambling and booze, lives at a 5-star hotel where the staff tends to his every need. Known as “Stan the Man” for his extreme generosity, he gets mixed up in a casino gambling scheme with Russian Mobsters and in one fateful bet, Stan loses everything.

Planning to drown his sorrows in a bottle, Stan is critically wounded in a liquor store robbery, where he takes the bullet intended for the store clerk, Kristi (Anne Leighton). During a near-death experience in the ER, a slightly resentful Angel gives Stan 30 days to change his ways and redeem himself, and find his one true love.