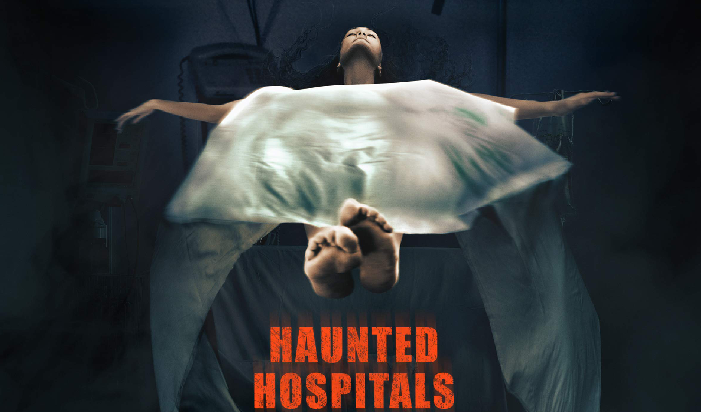 Hospitals are meant to serve as beacons of hope for patients and their families, as their doctors and nurses help them on their roads to recovery. Unfortunately, they also hold the spirits of the deceased, who are unable-or unwilling-to cross over to the afterlife.

That inability and unwillingness of the spirits of the deceased patients to move on is presented on the horror reality television show, ‘Haunted Hospitals.’ The series, which is currently airing its second season in the U.S. on the Travel Channel, stars: paranormal investigators Jack Kenna, John Elios and Aaron Rothermund.

‘Haunted Hospitals’ is also airing on the Really TV channel on Filmon TV. The next episode will be streamed tonight at 5-6pm local time. It can be watched live, or recorded and watched at a later time. The episode is set in Northern England, and follows a nurse who experiences unexplainable freezing temperatures in heated rooms, before before sees an apparition of a policeman who’s walking around the hospital at night.

‘Haunted Hospitals’ follows medical professionals and patients as they recount their chilling tales of otherworldly activity inside hospitals, nursing homes and morgues. Paranormal experts and local historians weigh-in to provide unique insight into these terrifying encounters with the supernatural. From past patients seeking revenge from the grave to doctors overseeing their wards long after death, the true-life stories reveal a larger paranormal pattern experienced by hospital staff in every country around the globe.