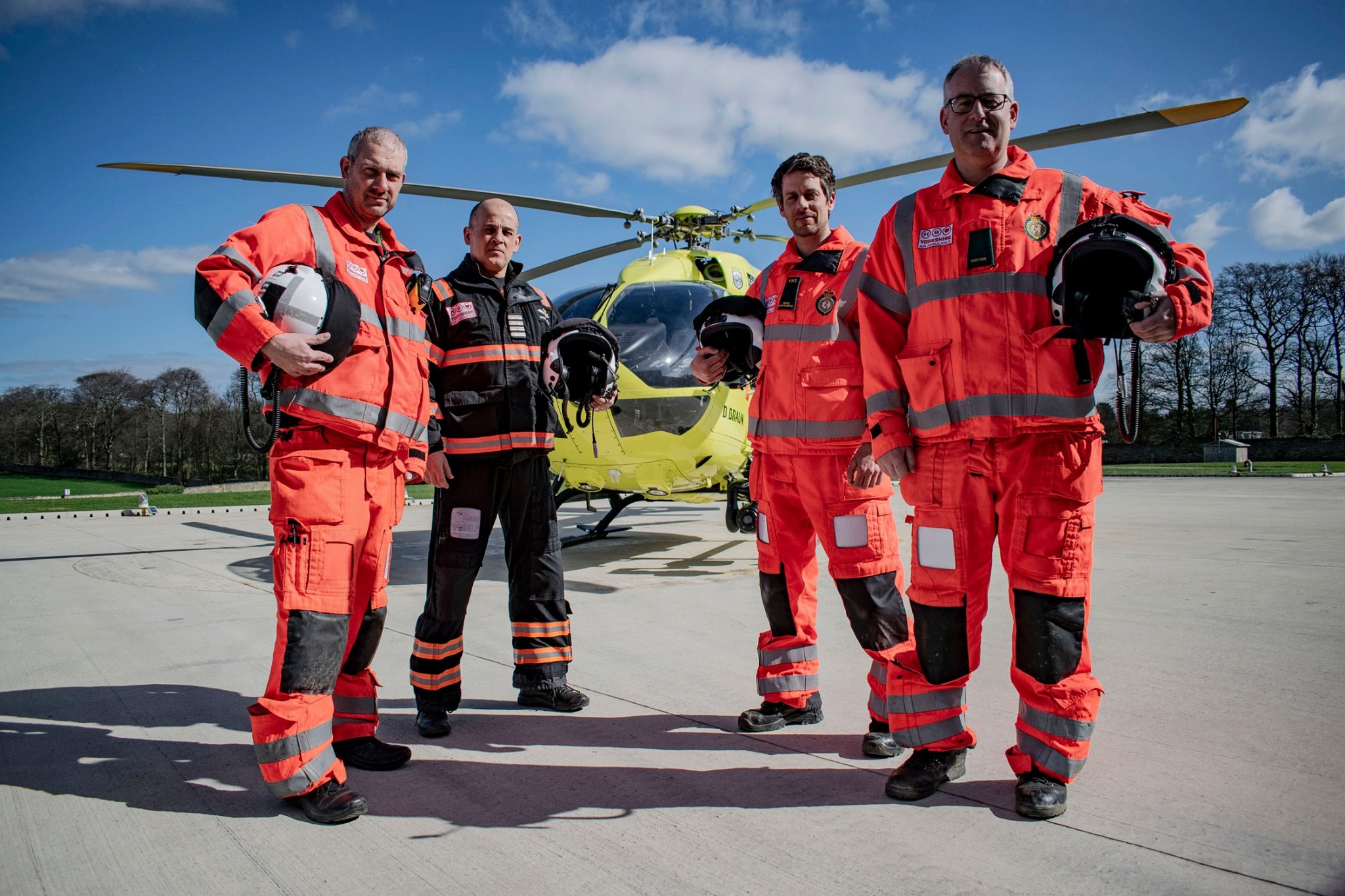 The cast of the Really TV docuseries, ‘Helicopter ER.’

Tonight’s episode of ‘Helicopter ER’ follows the Yorkshire Air Ambulance team as it springs into action when a boy needs to be rescued after being injured while jumping into Whitby Harbour. A biker is also shown to have inadvertently caused an accident when he slipped into a diabetic coma on the road.