Instantly honest relationships can often begin intensely, but ultimately, the connections don’t always last forever. That’s certainly the case for Max Liebermann and Amelia Lydgate, the characters played by Matthew Beard and Jessica De Gouw, in the crime drama, ‘Vienna Blood.’ In honor of the series’ second mystery, ‘The Queen of the Night,’ concluding on PBS tonight, February 9 at 10pm, ShockYa is premiering an exclusive clip from the episode.

In the clip, which is titled ‘Saying Goodbye,’ Amelia tells Max that she values the immediate ease they developed with each other when they first met, and appreciates that they could always be truthful with each other. But she now feels that their case has been solved, they should end their relationship.

‘Vienna Blood’ follows Max (Beard), a young Englishman and student of Sigmund Freud, who teams up with Oskar (Juergen Maurer), an Austrian police detective, to solve the most horrific of crimes in turn-of-the-century Vienna. In ‘The Queen of the Night,’ Oskar asks Max to help investigate a grotesque series of murders in Vienna’s slums.

The overall show chronicles how in the first decade of the 1900s, Vienna is a hotbed of philosophy, science and art, where cultures and ideas are espoused in the city’s grand cafes and opera houses. Yet beneath the genteel glamour, nationalism and anti-Semitism are on the rise. Max is a brilliant young English-born Jewish student of the controversial psychoanalyst Sigmund Freud. Eager to study actual criminal activity, he is paired with the skeptical Detective Inspector Oskar Rheinhardt, who is struggling to solve a series of particularly gruesome murders. Between Max’s extraordinary understanding of human behavior and deviance, and Oscar’s practical experience, the two become an unlikely detective duo, called on to solve Vienna’s most baffling cases.

‘The Queen of the Night (Part 2)’ follows Max and Oskar as their latest investigation draws them into the sphere of nationalistic groups who despise Vienna’s immigrants. Meanwhile, Max’s fiancée is provoked into taking daring risks before the murderer’s shocking rationale is finally revealed.

The thrilling new murder mystery show was penned by acclaimed screenwriter, Steve Thompson, and is based on the best-selling novels by Frank Tallis. ‘Vienna Blood’ premieres on six consecutive Sundays, January 19-February 23, from 10-11pm ET on PBS, as well as its official website and app. The episodes are also available to stream on Roku, Apple TV, Amazon Fire TV and Chromecast, the Monday after their original air date.

Filmed on location, the ‘Vienna Blood’ episodes were directed by Academy Award and Emmy Award nominee, Robert Dornhelm and Umut Da?. The show was produced by Endor Productions and MR Film, in co-production with Red Arrow Studios International, ZDF Germany and ORF (Austria), with the assistance of Fernsehfonds Austria, Film Fonds Vienna and Kultur Niederöesterreich. 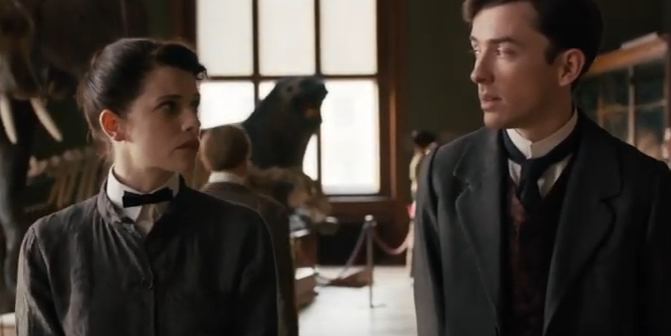 ShockYa is premiering an exclusive clip from the PBS crime mystery drama, 'The Lost Child.'