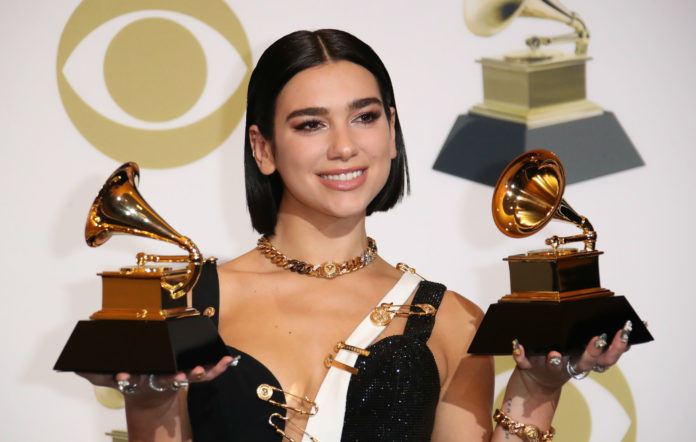 Singer-songwriter, Dua Lipa, holding her two Grammy Awards, is appearing on the Filmon TV special, ‘Dua Lipa: Then to Now.’

Appreciating the past experiences that have helped drive their journey to their present accomplishments is a vital part of any musician’s career. Two-time Grammy Award-winning singer-songwriter, Dua Lipa has found lasting success over the past few years by doing just that. Her achievements will be celebrated worldwide tonight with the television special, ‘Dua Lipa: Then to Now.’

The show about the English musician is set to be presented from 5:30-6:30pm local time, on Filmon TV’s The Box channel. ‘Dua Lipa: Then to Now’ will chronicle how the singer has taken over the world since she released her debut self-titled pop album, in 2017. The special has gone right to the record’s release to show all her greatest hits, from then to now.

‘Dua Lipa: Then to Now’ can be watched live, or recorded and watched at a later time, on The Box. FilmOn enables viewers to watch live and recorded UK and international television shows, movies and music videos in a variety of genres, including news, sports, drama, comedy, horror, lifestyle, shopping, pop, EDM and blues.