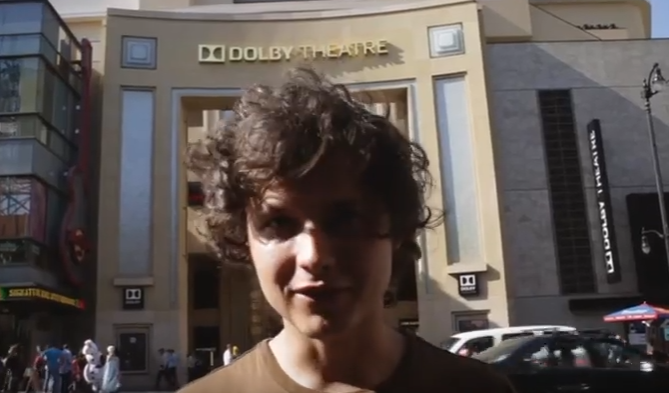 Dream factories are being built everywhere in Hollywood. The Los Angeles neighborhood is welcoming film fans from around the world to its iconic movie landmarks, including the Roosevelt Hotel, where the first Academy Awards ceremony was held in 1929, as well as the Dolby Theatre, where the ceremony is currently held. That welcoming to the home of the U.S. film industry is being presented in the new transient road comedy-drama, ‘States.’

The adventure movie is being released today On Demand, following its limited theatrical run in L.A. and New York last summer by Indiecan. In honor of the film’s home release, ShockYa is premiering an exclusive clip from the movie, which is titled ‘Oscar,’ in honor of Sunday night’s Academy Awards ceremony..

‘States’ features an array of young drifters who are wandering throughout the U.S. with varying degrees of purpose. It was written, directed and produced by, and stars, Zach Gayne. In addition to the filmmaker, the comedy-drama also stars Alex Essoe, who played Wendy Torrence in last year’s ‘Doctor Sleep.’ Jeremy O.Harris and DC Paul also co-star in ‘States.’

The story that’s featured in ‘States; is a multifaceted meditation on freedom, in the vein of Mark Twain, Jack Kerouac and Richard Linklater. The movie is also an outsider’s love letter to America, and the searchers of its endless highways.