Filmmaker Jessica Cameron is set to enter ‘A Bad Place’ with the horror movie’s upcoming world premiere at Cinequest. In honor of the drama’s screening at the California-based film festival, the writer-director-producer-actress has unveiled the trailer for, and stills from, the feature.

The movie’s premiere screening at Cinequest will be held on Saturday, March 7 at 9:45 pm. Tickets for the premiere, which will be held at 3Below in San Jose, can be purchased on the festival’s official website. After the initial screening, the drama will also be shown at the Century 20 Redwood City theater on Sunday, March 8 at 10:30pm, and then on Monday, March 9 at 4pm. Cameron and several of her co-stars, including Ali Ferda and Bella Mortensen, will be in attendance for the premiere.

The following synopsis has been revealed for ‘A Bad Place’:

Three female strangers must evade a shadowy force and their own grim pasts, as they try to find a way beyond a nightmare world that exists in a foggy edge of reality. Florence (Cameron), Molly (Ferda) and Collette (Dorff) are trapped in a world they couldn’t possibly have imagined. All three are running from events that happened in their lives, and are forced to confront the unthinkable. 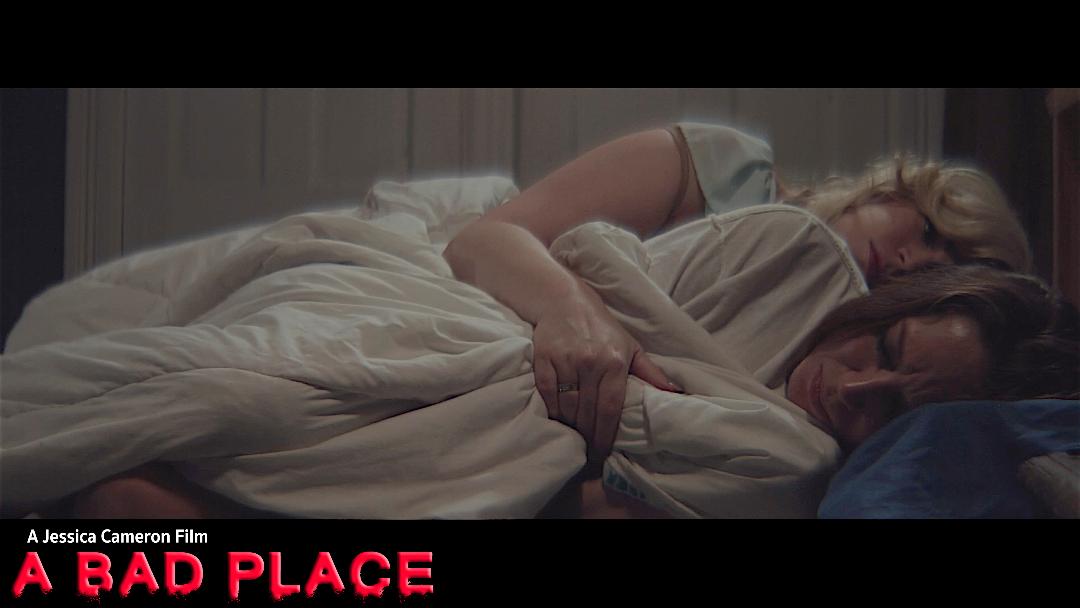 The trailer for writer-director-producer-actress Jessica Cameron's horror film, 'A Bad Place,' has been release, in preparation for its world premiere at Cinequest.