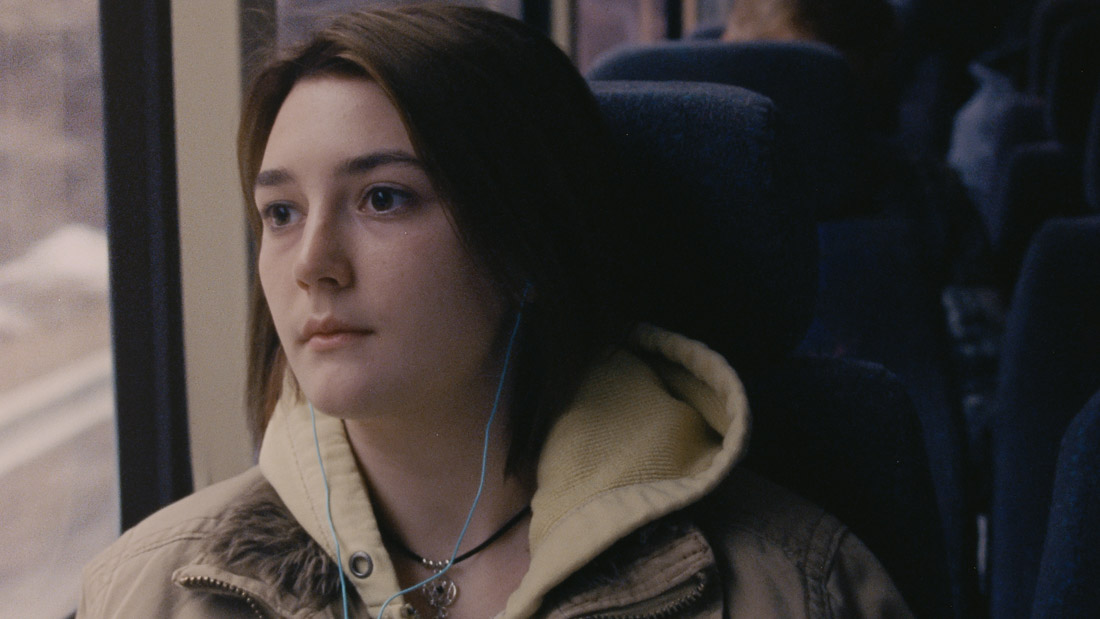 In her third feature movie, writer-diector Eliza Hittman continues to explore people who are vulnerable, youths who are missing the proper guidance in life and who are put into positions that they would not have found themselves if they had the proper direction. In the director’s “It Felt Like Love,” a young woman dreams of emulating the sexual exploits of a more experience person, putting herself into a dangerous situation. In “Beach Rats” a teen “experiments” with drugs and looks to meet older men. Now with “Never Rarely Sometimes Always,” Hitmann focuses on “Autumn” (Sidney Flanigan), a seventeen-year-old girl who must deal with a pregnancy that she never wanted but with the good luck to have a friend like Skylar (Talia Ryder), who acts more like Autumn’s older
sister willing to go the distance with Autumn during a difficult time in the younger girl’s life.

After Trump was elected president largely with the support of rural Americans, voters in small towns and farms complained that city people consider them racists, sexists, homophobic and the like. We would like to think that this is true, yet as Hitmann portrays small-town Pennsylvania, at least through the eyes of people on the cusp of mature adulthood, a large number of these Americans are what they say they are not. For example, when Autumn is performing in a talent show, one guy yells out “slut” in the middle of her song, and the attendees including even Autumn’s young parents, appear to think nothing of it.

Autumn, who appears not to realize that she is pregnant until eighteen weeks have passed since her last menstrual period, tries to self-abort the fetus by taking a slew of Vitamin C pills, then punches her belly without much result save for some large bruises. Stealing some money from the supermarket with the help of her cousin, she takes a bus to New York, not even considering that she would need to get a round-trip ticket, that she lacks money for a hotel, that she would have to stay in New York two nights. On the bus Skylar is hit on by a young passenger (Théodore Pellerin), who will try to encourage Skylar to go with him “downtown” and who the girls will later exploit for money.

In this slice-of-life drama, Hittman takes us first to a rural clinic, the agent explaining that there are alternatives to abortion, that there are people who would gladly adopt the future child. Since it’s too late for Autumn to get an abortion in her area, she and Skylar take two buses toward New York’s Port Authority Terminal, going to Planned Parenthood on 44 Court Street in downtown Brooklyn, and back up to a Manhattan facility which would be able to conduct the procedure.

Autumn has no particular support from her parents, and in fact by showing us the youthful age of the father and mother in the audience of the talent show, Hitmann may be making the point that they too had babies while they were teens. Hélène Louvart films all in 16mm, from the broken-down areas of rural Pennsylvania to the chaos of New York.

Here is an ideal slice of life drama. No melodrama, no frantic behavior, with Autumn’s emotions showing only when she began to cry during a social worker’s interview. At that meeting, she is asked a series of questions such as “Were you ever forced to have sex when you did not want to” for which she needed to answer “Never, rarely, sometimes or always.” In Hitmann’s hands, the two young performers, Sidney Flanigan and Talia Ryder relate to each other as though they knew each other for a decade. But even to her cousin and best friend, Autumn never opens up. She does not tell her even that she’s pregnant, just that she has “cramps.” These are inarticulate people, the sort that just might vote for politicians who do not necessary offer much but who are grand showmen who can entertain and who do not evoke articulate responses from their audience.