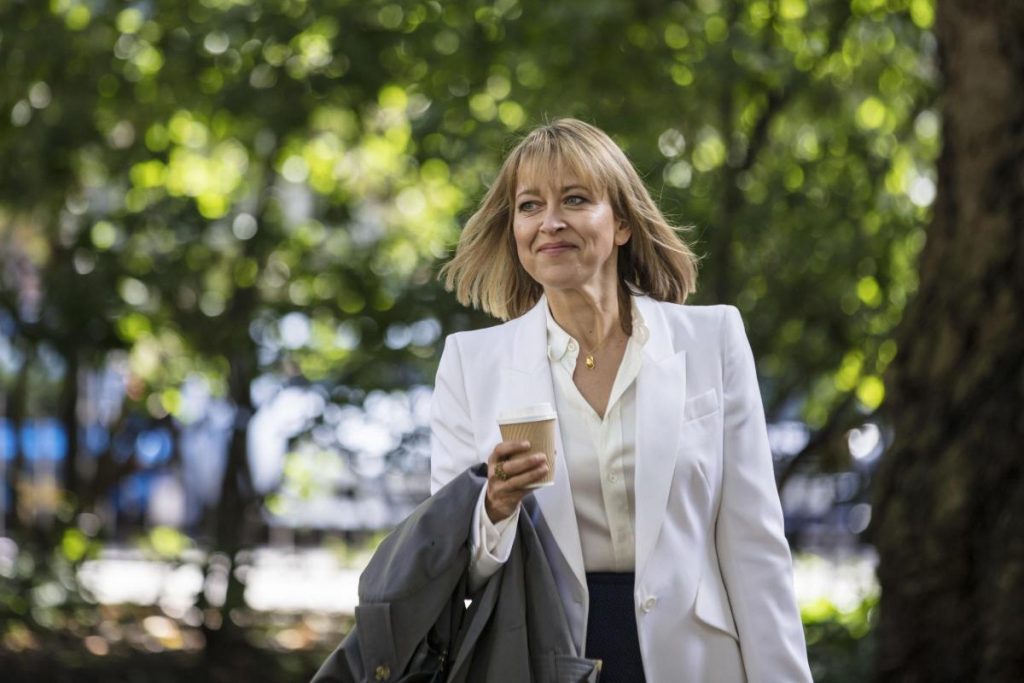 Actress Nicola Walker stars on the BBC One legal drama, ‘The Split.’

Sometimes the drive to prove their worth on their own, away from the influence of their families, is a strong motivator that influences people to make rash choices that don’t always ultimately pay off. That’s certainly the case for English actress Nicola Walker’s character of Hannah Stern on the legal drama, ‘The Split.’

The British television show, which is currently airing its second series on BBC One, is also being broadcast on the network’s channel on Filmon TV. (Note that the BBC One channel is only available to viewers in the UK). The latest episode to air on Filmon can be streamed tonight at 5-6pm local time. It can be watched live, or recorded and watched at a later time. It follows Alan as he starts a new supermarket job, which brings an unexpected challenge.

‘The Split’ follows the lives of the members of the Defoe family, who all work in divorce law for the family firm, aside from Hannah, who’s the eldest sister. She instead works for rival family law firm, Noble & Hale. The next episode to air on Filmon shows how the public revelation of Hannah’s affair with her former boyfriend and current colleague at Noble & Hale, Christie, who’s played by Barry Atsma, affects her life. She tries to make amends and rebuild her marriage in the aftermath of the disclosure of her affair.