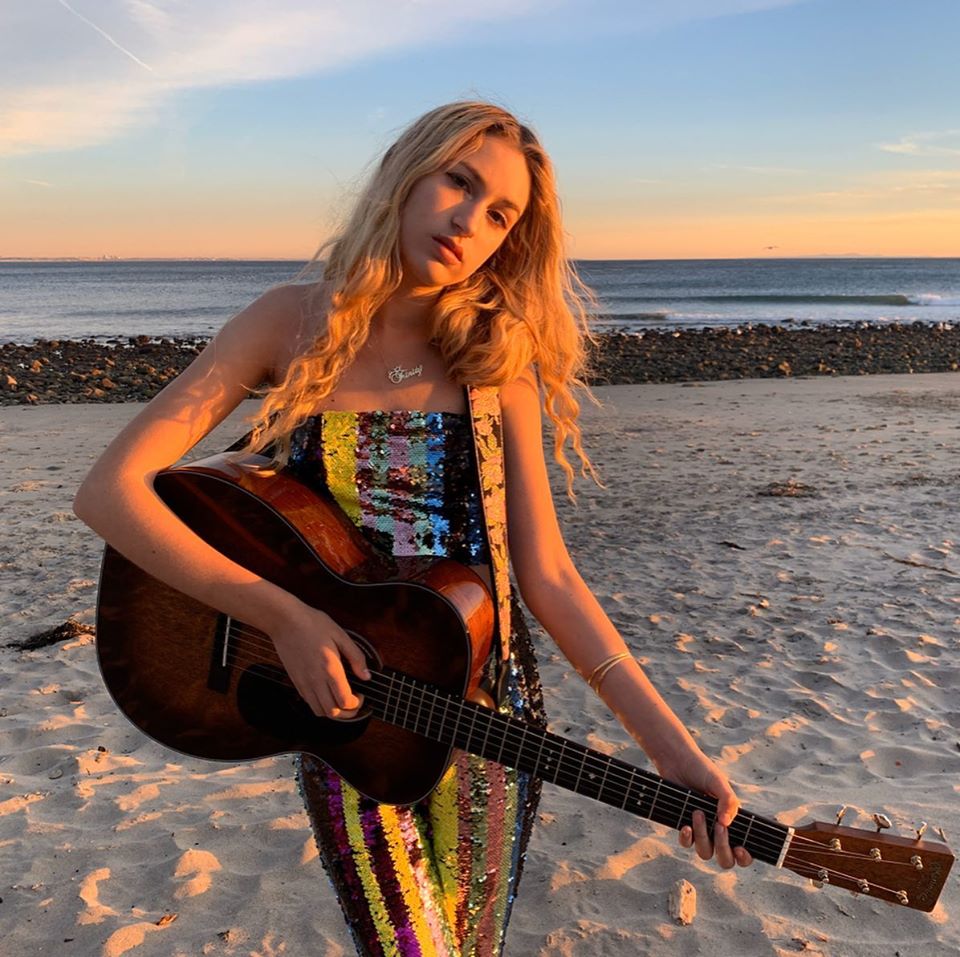 Being perfectly tuned into, and accepting of, their emotions about a relationship is rarely an easy feat for anyone, let alone teenagers. But soulful up-and-coming singer-songwriter, Trinity Rose, is proving that even some young adults are already mature enough to not only realize what their feelings are, but also embrace them. Her mature journey of understanding and accepting the fact that she may not like a boy as much as he likes her romantically is highlighted on her new single, ‘Morning Text.’

The Generation Z-centric song is the latest single from the award winning, L.A.-based 17-year-old musician. After being the youngest female contestant to ever be featured on ‘The Voice,’ Rose began to garner fame outside of the competition when her duet single, ‘Miss You,’ which was co-written by and sung with ‘The Umbrella Academy’ star Aidan Gallagher, reached over one million streams last year. She further proves that she has solo staying power with ‘Morning Text,’ on which she experiments with a new blend of genres, including indie pop, pop-soul and R&B-soul.

Rose co-scribed the soulful, hip ‘Morning Text’ with rapper and Top 25 ‘X-Factor’ contestant, Steve Damar. The track was inspired by an encounter that the singer had in real life with someone who was more interested in her than she was interested in them. The lyrics captivatingly chronicle how she had become addicted to the attention he was constantly giving her. Through vocals that are reminiscent of such songstresses as Lorde, Halsey, Lana Del Ray and Jessie J, Trinity Rose croons about how she was so flattered by the attention she was receiving through the texts from the guy she was involved with, she couldn’t bring herself to end the flirtation.

Supported by unique electronic instrumentation, some of Rose’s most tantalizing lyrics include her proclaiming that the guy she’s been texting with can leave if he wants. While she passionately proclaims that she doesn’t hate that he calls her every day to check in on her, and she likes the current state of their relationships, she won’t beg him to stay. The soulful mix of pop and R&B vocals and instrumentation give the tune the potential to become a commercial radio hit.

The fun, breezy vibe of ‘Morning Text’ is not only distinct in its sound from most of Rose’s earlier work, but it also helps differentiate the singer from her contemporaries. While the musician’s vocals are similar in nature to some of her fellow female vocalists from the past decade, Rose makes her mark through her lighthearted nature on the contemporary R&B pop song, which showcases who she is as an artist. Her new single will surely leave listeners wanting to hear more of what’s to come from her, especially on her upcoming EP.