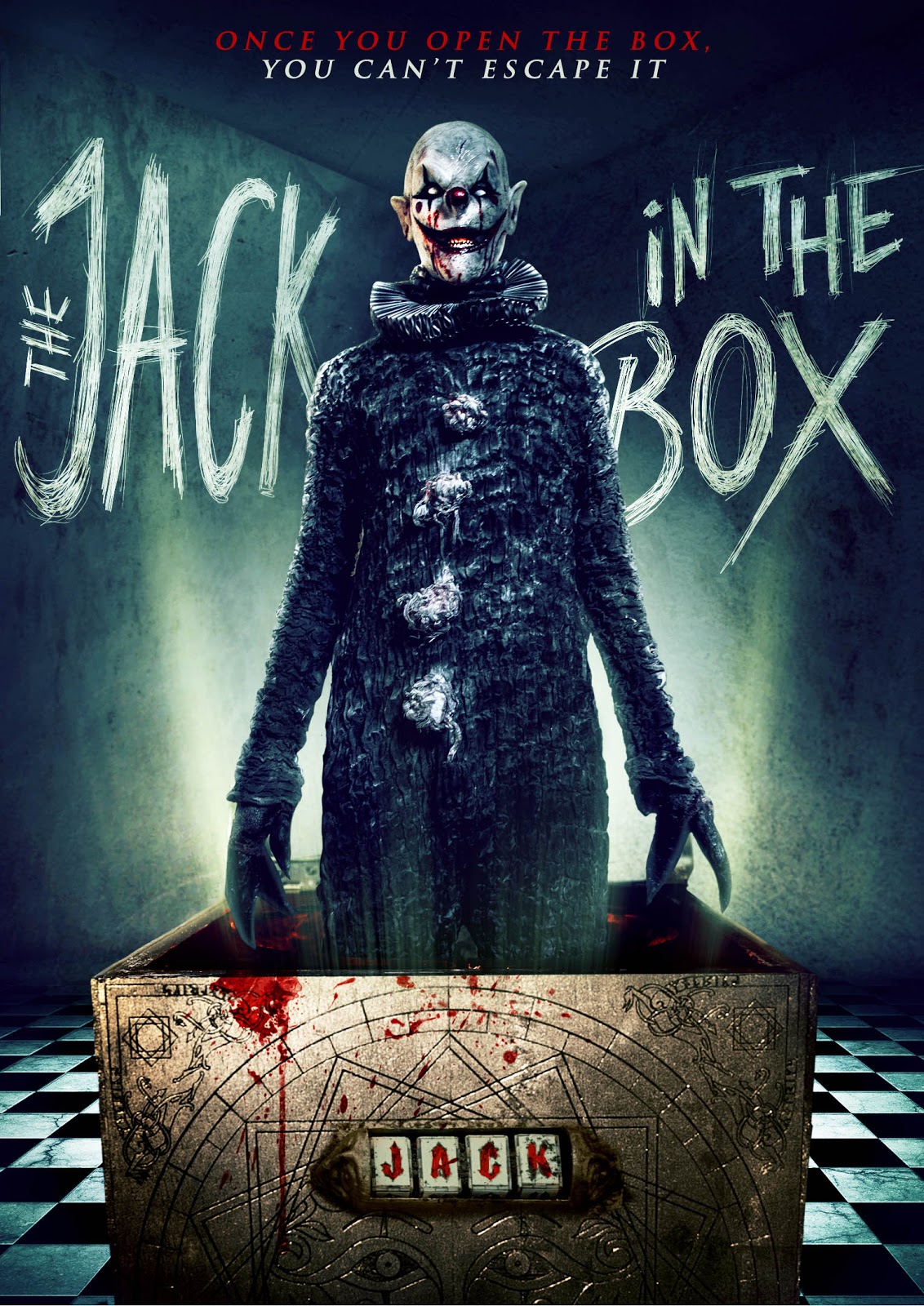 The poster for writer-director-producer Lawrence Fowler’s horror film, ‘The Jack in the Box.’

Two robbers are getting more than they bargained for after they break into a seemingly normal museum. The fight for their lives comes after disturbing events begin to plague the small town museum, where a vintage Jack-In-The-Box is mysteriously donated to its collection, in the upcoming clown horror film, ‘The Jack in the Box.’

In honor of the drama’s distribution on VOD, Digital and DVD on Tuesday, May 5 by 4Digital Media, ShockYa is premiering an exclusive clip from the movie, which is titled ‘The Robbery.’ In the clip, the two robbers break into the museum, where they get more than they bargained for after stumbling upon a unique antique Jack In the Box exhibit.

‘The Jack in the Box’ was written and directed by Lawrence Fowler, who also worked as a producer with Geoff Fowler. The film stars Ethan Taylor, Robert Nairne and Lucy-Jane Quinlan.

4Digital Media has released the following synopsis for ‘The Jack in the Box’:

When a museum is donated a vintage Jack-In-The-Box, it’s not long before staff member Casey starts to think that the creepy clown doll inside has a life of its own. As he discovers his colleagues are dying, one by one, Casey (Taylor) realizes it’s up to him to find a way to end the nightmare, or become another victim of the box’s curse.

ShockYa is premiering an exclusive clip from writer-director-producer Lawrence Fowler's horror film, 'Jack In The Box,' which is titled 'The Robbery.'