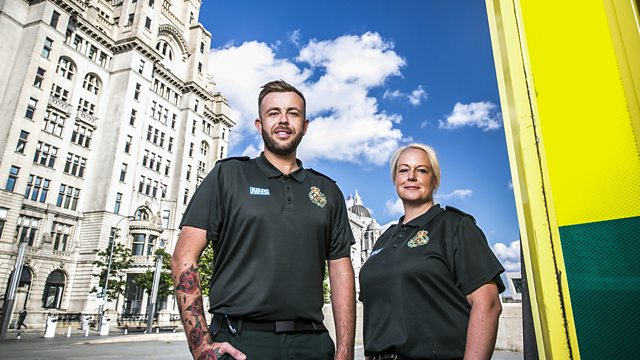 A scene from the BBC One television docuseries, ‘Ambulance.’

Unquestionably bonding together to save all human lives around the world is the most important thing society can do in the current uncertain times. The workers of the North West Ambulance Service are doing just that on the British television show, ‘Ambulance.’

The docuseries is now airing on the BBC One channel today on Filmon TV. (Note that the BBC One channel is only available to viewers in the UK, or international users who have a paid subscription.) The next episode of ‘Ambulance’ to be streamed on Filmon TV will air today from 4pm-5pm local time. It can be watched live, or recorded and watched at a later time.

Episode 1 of Series 5 of ‘Amblulance’ was narrated by Christopher Eccleston, and directed by Stuart Froude. Filmed in Spring 2019, the episode follows the ambulance teams that are attending to the 1.4 million people of Merseyside on St Patrick’s Day weekend.