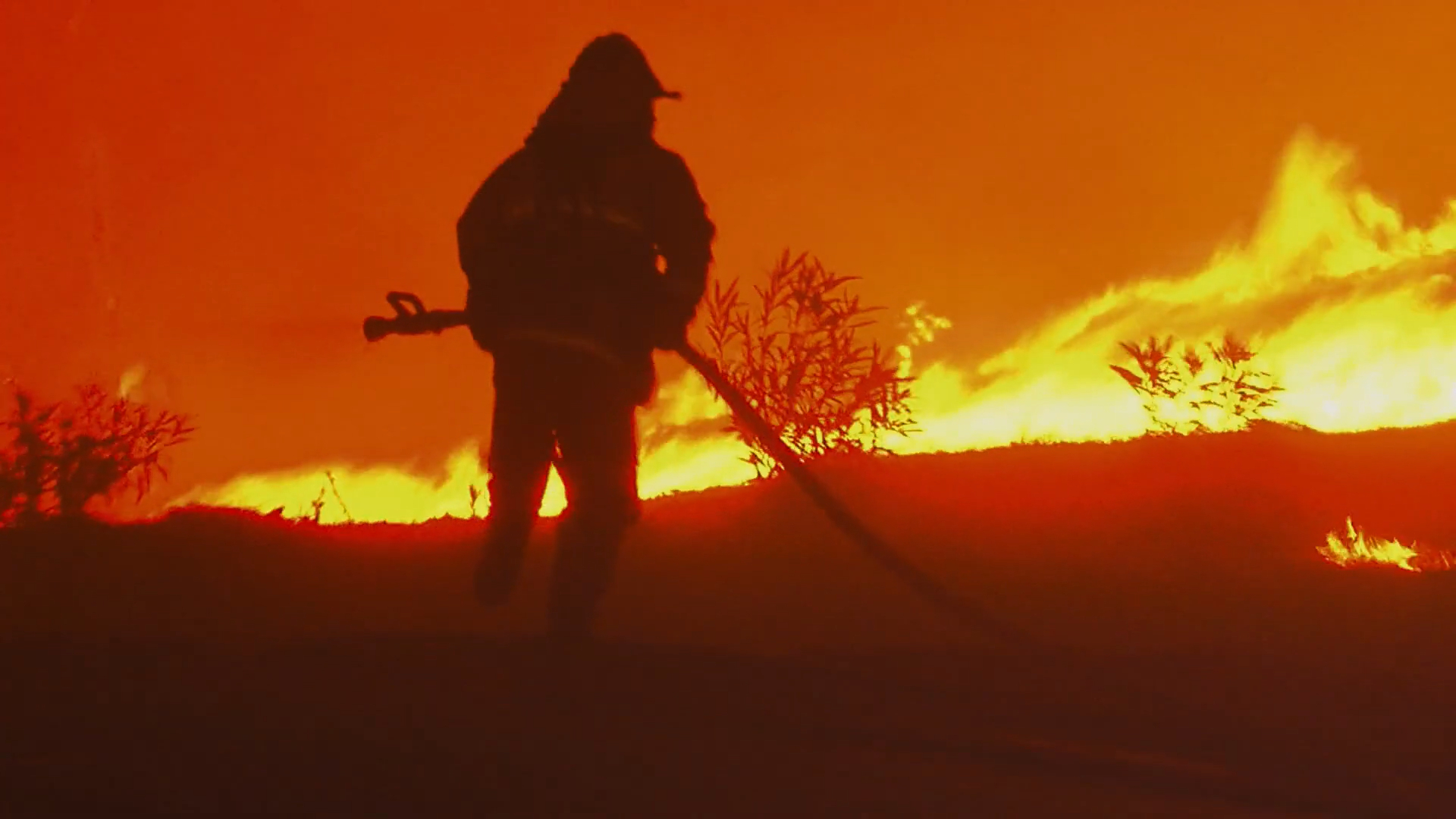 “God gave Noah the rainbow sign,
No more water, the fire next time!”

Before peace can rain with Satan cast into a bottomless pit and world peace is symbolized when the lion will eat straw like the cow, our earth will be cleansed by fire. Part of that prophesy comes true though nobody in Paradise, California considers themselves cleansed when on November 8, 208, the town of Paradise looked more like hell than like the geographical entity it was named for. Whether the mother of all fires could have been prevented were it not for climate change is surprisingly glided over in this heartfelt documentary. For those of us who live in big cities, we get quite a picture of what it’s like to live in a small California town. What comes across by the film’s conclusion is thatParadise is a community in which the people are not the types who go bowling alone and who do not join groups, but rather down-to-earth, get-the-job-done sorts of folks that have the spirit, the gumption, the cojones to rebuild after mourning the 85 people killed in the fire—one while in his wheelchair and others who could not escape the flames in their cars.

Most Americans are familiar with California names like L.A., San Francisco, Santa Barbara, Santa Rosa, and the like but may be appraised of Paradise when global news in November 2018 reported the disaster felt by the 26,000-strong residents of Paradise. The film’s director Ron Howard boasts a long résumé of acting and directing credits including his “Frost/Nixon” which is a retelling of the famous interview between David Frost and the disgraced President (“When the President does it, it’s not illegal). This time he visits the besieged town, allowing us to eavesdrop at a series of meetings filled with people both tearful and angry, though the most dramatic moments, which pop up now and then, are scenes of fires that appear to presage the end of the world.

Though perhaps hundreds, even thousands of residents are determined to leave the place for good given the possibility of yet another conflagration in these days of rapid climate change, others are staying put, emboldened by large groups of supporters who fill large auditoriums with their meetings and hear of contacts with bureaucrats in FEMA who may or may not kick in adequate funds to rebuild as though this were Europe in 1945. FEMA did, at least, provide mobile homes temporarily to house the newly homeless, probably doing a better job than any government group did when in 2005 New Orleans was turned into an American Venice.

Matt Gates is in the hero’s seat, a local police officer who on November 8 helped his townspeople to get to safety even as his own digs are wiped out by the flames. Erin Brockovich, who built a case in 1993 against the villainous Pacific Gas and Electric (PG&E), takes a cameo, while schools superintendent Michelle John, whose husband makes sure that the class of 2019 gets a full-scale outdoor graduation, presides of the ceremony. (By the way, at the packed-to-the-gills meetings of the community, where are the high-school kids?)

The doc seems made by National Geographic Documentary Films primarily for TV use. More information should have been forthcoming about how or whether PG&E—who sent an executive to the meeting to apologize for the corporation’s negligence—will make the residents whole and to what extent the residents are helped by their homeowners’ insurance.