Striving to perfect their craft can often lead artists to blur the lines of their reality and skills. That’s certainly the case for actor Drew Hale’s anti-hero, Tom, in the upcoming horror movie, ‘Cut and Chop.’ Tom, who’s a troubled method actor, claims his increasingly disturbing behavior is needed for his preparation for his new role, but his actions are leading the people in his life to question if he’s really mentally unstable.

The thriller is being distributed On Demand, including on iTunes, Spectrum, Google and Amazon, on August 14 by producer Howard Barish’s production company, Kandoo Films. In honor of the release, ShockYa is exclusively premiering the trailer and poster from ‘Cut and Chop.’

In addition to starring in the drama, Hale also wrote and directed ‘Cut and Chop.’ He also served as a producer, along with Shane Woodson-Burt. The movie also stars Kari Alison Hodge, Varda Appleton and Shane Woodson.

Kandoo Films has unveiled the following synopsis for ‘Cut and Chop’:

Tom, a troubled method actor who has just landed a role in a B-Horror film, begins to get violently carried away with his artistic eccentricities. Meanwhile, the people around him begin to wonder if he is truly an artist … or just mentally unstable.

For more information on ‘Cut and Chop,’ visit its official website. 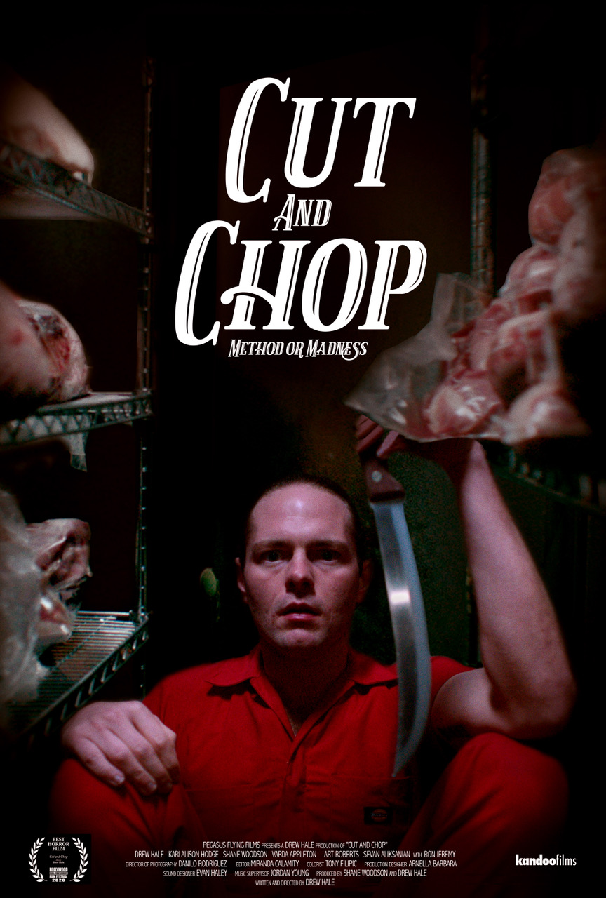