People hope that their relatives will find peace after their deaths, especially when they suffer from a painful terminal illness. That’s certainly the case for actress Tara Basro’s protagonist of Rini, and her recently deceased mother, in the upcoming horror film, ‘Satan’s Slaves.’ Unfortunately, the main character’s mother made a surprising and deadly deal with the devil while she was still alive that will prevent her from peacefully crossing over in the afterlife.

RLJE Films is set to distribute ‘Satan’s Slaves’ on August 4 on DVD and Blu-ray, for an SRP of $27.97 and $15.95, respectively. In honor of the mystery drama’s home release, ShockYa is offering two lucky winners a DVD of the movie. To enter, email us at ShockyaGiveaway@aol.com. Let us know that you’re entering to win the ‘Satan’s Slaves’ DVD giveaway in the email’s subject line, and include your mailing address in the message. You have until next Tuesday, August 4, the day of the movie’s home distribution, to enter, and you can enter the contest once daily. On August 4, we’ll pick the winners at random, and notify them through email. Good luck!

RLJE Films has unveiled the following synopsis for ‘Satan’s Slaves’:

After Rini’s (Basro) mother dies from a mysterious illness, her ghost begins to appear throughout the house. Terrorizing the family, she lurks the hallways and calls out to them at night. To protect her little brothers, Rini traces back the roots of the evil, and discovers the horrifying truth. Their mother made a deal with the devil, and she has not returned to visit; she instead wants to take one of them with her. 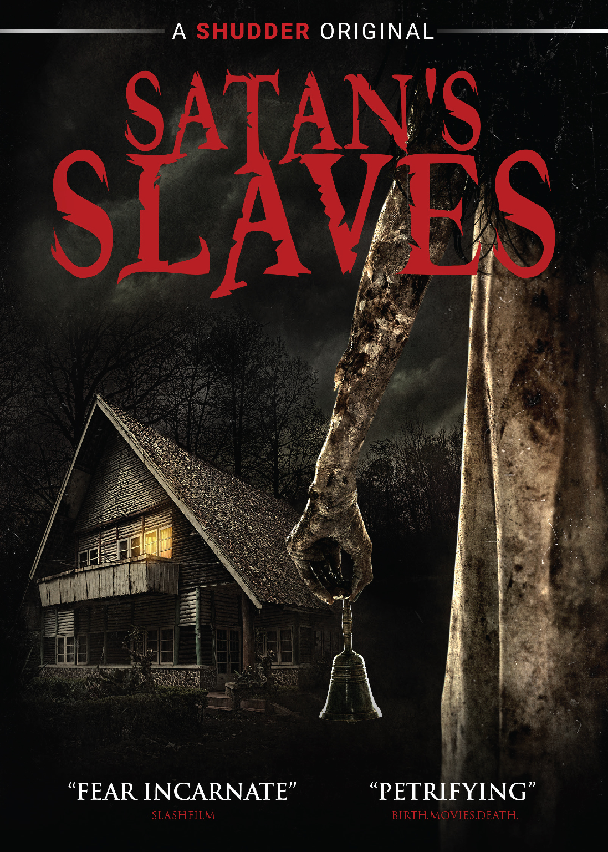