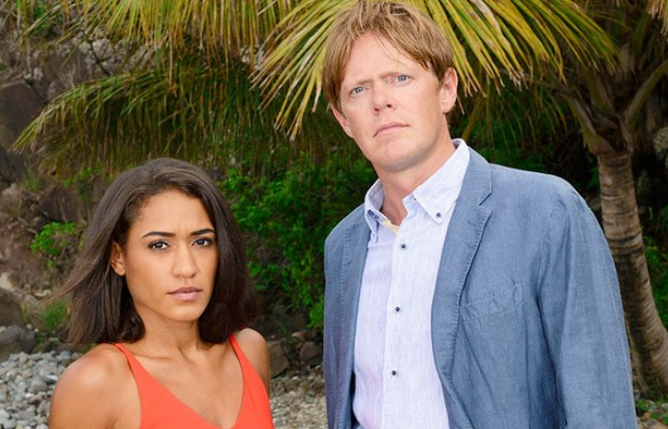 New episodes of the long-running series originally air on the BBC One network. Repeats of the hit drama are currently airing on the Drama channel on Filmon TV. The latest episode to air on Filmon can be streamed this afternoon at 3-4:20pm local time. It can be watched live, or recorded and watched at a later time.

Episode one of Series 5 of ‘Death in Paradise’ is titled ‘The Complex Murder,’ and was written by Robert Thorogood, and directed by Edward Bennett. The episode follows
Humphrey Goodman (Kris Marshall), the chief investigator of Saint Marie, as he buys a new boat for himself. Meanwhile, a millionaire philanthropist is murdered on his yacht, while all his guests are in the sea, and in sight of each other. As the investigation gets underway, the investigator and his team learn the philanthropist had run-ins with all of the suspects in his murder.