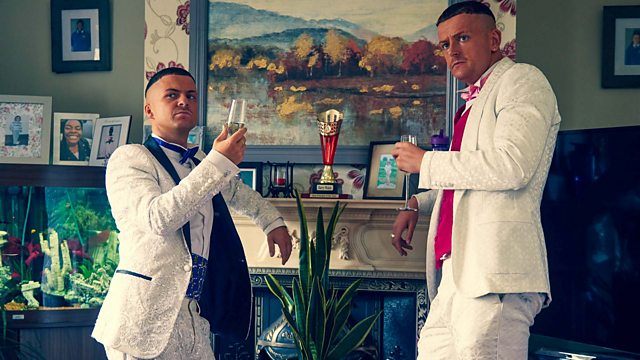 A scene from the Irish coming-of-age television sitcom, ‘The Young Offenders.’

One of the most basic elements in life that everyone strives to achieve is happiness, no matter what activities they engage in. That’s certainly the case for adventurous-and equally criminal-Cork-based teenagers, Conor MacSweeney and Jock O’Keeffe, on the coming-of-age television sitcom, ‘The Young Offenders.’

The Irish show, which was developed by Peter Foott, is based on the IFTA-winning 2016 film of the same name. Actors Alex Murphy and Chris Walley reprise their roles of main characters Conor and Jock, respectively, from the movie. Although they’re criminals, the friends have strong feelings about certain moral views.

The television series, which premiered in 2018 on RTÉ and BBC Three, is now airing on BBC One channel on Filmon TV. (Note that the BBC One channel is only available for free to viewers in the UK, and international users who have a paid subscription.) The next episode to air on Filmon will stream this afternoon at 4:30-5pm local time. It can be watched live, or recorded and watched at a later time.

Episode 4 of Series 3 of ‘The Young Offenders’ was written by Peter Foott, and directed by Simon Delaney. The episode follows Conor and Jock are hoping to make the school dance a special night for the girls, but they’re destined to create chaos despite themselves. The episode contains very strong language.