In Reeves v. David, the famous TV attorney put an “expert” witness affiliated with UCLA on the stand who lied to the jury about the $36,000 she was being paid for her testimony. Was the verdict tainted? “It smells. It smells bad,” says one attorney. 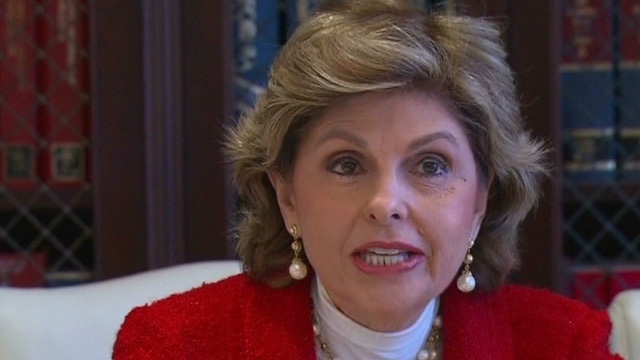 In the latest scandal surrounding celebrity lawyer Gloria Allred and her blow dried daughter Lisa Bloom, a sloppily bloated legal bill is being shot down in court by Greek billionaire Alki David’s attorneys. The subject is what legal fees will be asked for in the Reeves v. David in which the jury found against David: What has come to light is a rat’s nest of shady practices including inflated fees, falsified invoices, and outright lies. For instance, Gloria Allred partner Nathan Goldberg billed 15 hours in one day on the Reeves case. On the same day he billed 15 hours on another case against the same defendant, Khan v. David. How does a man work 30 hours in one day?

But the most damning revelation is the bill for the expert testimony of Dr. Cindy Meyer of UCLA, a shrink who has testified on behalf of Allred’s firm 30 times, by her own admission in court. Also in court, Dr. Meyer testified under oath that she spent 8-10 hours at $300 and hour preparing her testimony in Reeves v. David. When it came to bill, she claimed she had put in 42 hours on the case at rates varying between $400 and $600. Her new total came to over $36,000.

“The purpose of asking an expert under oath about their compensation is so the jury can guage how much financial gain they stand to make,” an attorney with experience in California employment law said. “If the jury knew how much money she was going to make they might have weighed her testimony differently. And if she had told anyone she worked 42 hours on this the defendant might have grilled her on the matter more heavily too. It smells. It smells bad.”

“Now that’s just fraud,” said the attorney. “It’s grounds for a mistrial for sure.”

Dr. Meyers is exactly the type of pay-for-testimony quack expert that Allred and Bloom cultivate in case after case. Hack with dubious credentials who will say what needs to be said for a buck.

Pulling from a routine pool of hacks who use pumped up credentials to get paid gigs, Allred and Bloom seek to dazzle juries. But the game depends on the expert’s shaky ethics, and being limited in the knowledge of the case they are testifying about. In Elizabeth Taylor v. Alki David, for instance, Dr. Meisha Sherman of Simi Valley, CA a so-called HR expert was paid between $18,000 and $40,000 to come testify before a jury. Under cross examination it was revealed the expert’s review of the case consisted entirely of reading the original complaint. (The ethics of paid experts in jury trials used by Lisa Bloom have been widely criticized such as in this essay called “Testimony for Sale” in the Pepperdine Law Journal.)

Allred’s greed in the Reeves billing scam goes even further, she also retroactively raised her attorney’s rates from $900 an hour to $1200 an hour, charging a rate that went into effect in 2020 for a case that happened in 2019. Of the $5 million dollars requested in legal fees in the Reeves case, only about $500,000 are deemed legitimate by analysts.

Daughter Lisa Bloom, pal of convicted serial rapist Harvey Weinstein, has also been lambasted by the Daily Beast and NBC News for her attempt to steal a court’s award to a group of autistic children who were sexually abused in Northern California. In that case, the children’s attorney, Micha Star LIberty told the Beast’s Lloyd Grove, “Lisa Bloom has shown once again that all she cares about is money, and will do anything to get it, including calling the mother of her own former client, a special needs sexual assault victim, a liar in a publicly filed document. Through her disparaging words and her attempt to profit by fraud, her lack of moral compass has yet again been revealed to the world through her own unethical actions.”

The apple doesn’t fall far from the tree.