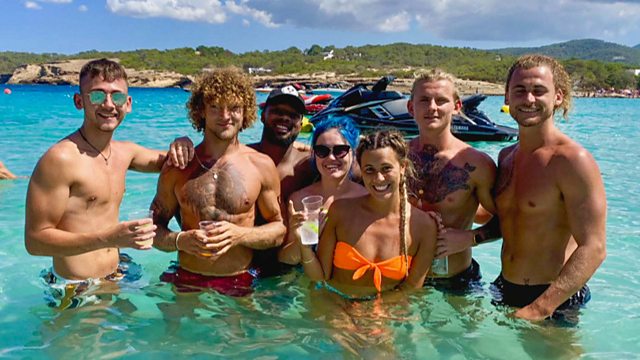 The cast of the BBC Three reality mini-series, ‘Ibiza Dreams.’

The summer season is always one to remember, especially for young adults who like to party. While the fun times have changed for everyone this year, due to the international COVID-19 pandemic, friends were still able to enjoy the season last year. That was certainly the case for the group that’s highlighted on the new BBC Three reality mini-series, ‘Ibiza Dreams.’

The show follows several twenty-somethings as they move to the infamous title Spanish island in the Mediterranean Sea to find work, as well as get immersed in its partying lifestyle. They enjoyed the intense partying scene at the numerous clubs, bars and hotels Ibiza had to offer when they weren’t working.

‘Ibiza Dreams,’ which debuted in June, is now airing on the BBC One channel on Filmon TV. (Note that the BBC One channel is only available for free to viewers in the UK, and international users who have a paid subscription.) The next episode to air on Filmon will stream this evening at 5:45-6:20pm local time. It can be watched live, or recorded and watched at a later time.

Episode 4 of Series 1 of ‘Ibiza Dreams,’ was narrated by Maya Jama, and directed by Benedict Sanderson and Jack Warrender. The episode shows that as the summer comes to an end, Cat and Liam solidify their relationship. Meanwhile, Jake’s dad finds out about his secret side hustle, and the boys get a job at a club owned by Wayne Lineker.