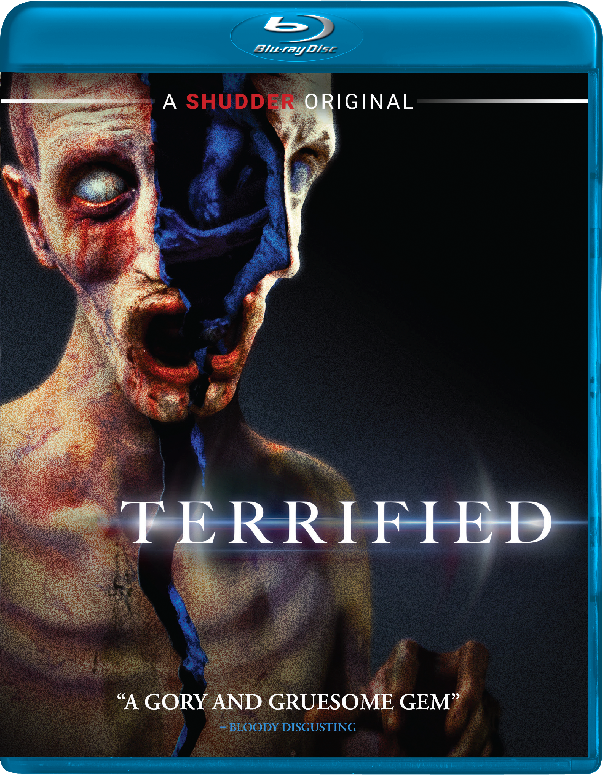 Three paranormal and criminal investigators are joining forces to protect the innocent inhabitants of a neighborhood plagued by a supernatural entity. With their shared knowledge, they must team up and destroy the evil before their dimension is taken over completely, in the horror film, ‘Terrified.’

In honor of ‘Terrified’s disc release, ShockYa is offering two lucky winners a Blu-ray of the movie. To enter, email us at ShockyaGiveaway@aol.com. Let us know that you’re entering to win the ‘Terrified’ Blu-ray giveaway in the email’s subject line, and include your mailing address in the message. You have until Tuesday, September 1, the day of the discs’ release, to enter, and you can enter the contest once daily. On September 1, we’ll pick the winners at random, and notify them through email. Good luck!

RLJE Films has unveiled the following synopsis for ‘Terrified’:

On an ordinary suburban street in Buenos Aires, voices are heard from kitchen sinks. Bodies are levitating. Evil is here. It is up to a doctor, her colleague and an ex-cop to get to the bottom of the neighborhood’s nightmare.

Cancel reply
The Partying Ways of Summer Come to an End on BBC Reality Series, Ibiza Dreams
Mahal Brothers bring on Mem Ferda for ‘Bridge of the Doomed’
To Top