‘American Horror Story’ star, James Cromwell recorded a cautionary voicemail that was sent today to nearly 10,000 National Institutes of Health (NIH) employees. In his message, he warned them about the terrifying atrocities that are being committed by one of their associates, Elisabeth Murray.

The alum of the acclaimed FX horror anthology television series won the Primetime Emmy Award in 2013 in the Supporting Actor in a Limited Series or Movie for the drama’s second season, ‘Asylum,’ During the season, he portrayed Dr. Arthur Arden, the chief physician at the fictional mental institution, Briarcliff Manor, in rural Massachusetts in the mid-1960s. But Arden was actually a Nazi war criminal named Hans Grüper, who went on to performs sadistic experiments on Briarcliff’s patients who have no family to check in on their progress.

Having played a character who performed inhuman experiments, Cromwell is the perfect spokesman to deliver the message to the NIH employees on PETA’s behalf. In his voicemail, the actor stated: “An ‘American horror story’ is taking place in your agency right now. Your colleague Elisabeth Murray is receiving millions of dollars to torture and experiment on living monkeys.”

Cromwell goes on to explain that Murray carves out sections of the monkeys’ skulls, and then injects their brains with toxins to cause permanent brain damage. She then locks them in cages and terrifies them with rubber snakes and spiders. She also drills holes and screws posts into the monkeys’ skulls, and after years of torture, she kills and dissects them.

“Across the country, we’re losing loved ones to the pandemic—a vaccine and effective treatments are desperately needed—and this is how the NIH funnels its money?” asks Cromwell. “Murray’s so-called ‘research’ has gone unchecked for 30 years. How many monkeys have died for her hideous pseudo-science? How many human lives could be saved if we stopped funding this madness?”

The actor concludes by encouraging workers to call NIH Director Francis Collins and demand that he shut Murray’s laboratory down. Cromwell joins Bill Maher and Anjelica Huston in speaking out against Murray’s experiments.

PETA—whose motto reads, in part, that “animals are not ours to experiment on”—opposes speciesism, which is a human-supremacist worldview. For more information, visit PETA’s official website. 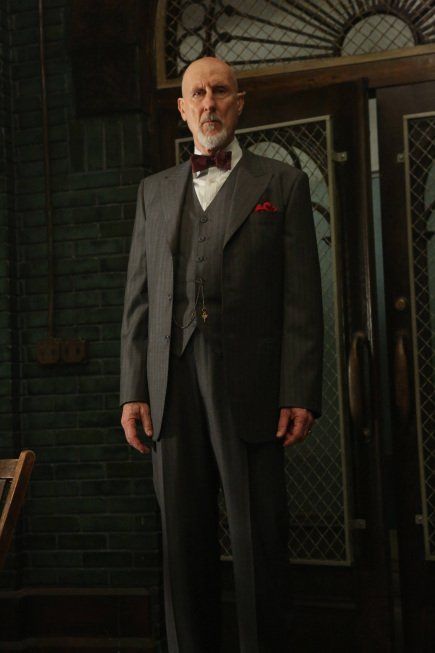 'American Horror Story' actor, James Cromwell recorded a cautionary voicemail that warned National Institutes of Health employees about the atrocities that are being committed by one of their colleagues, Elisabeth Murray.