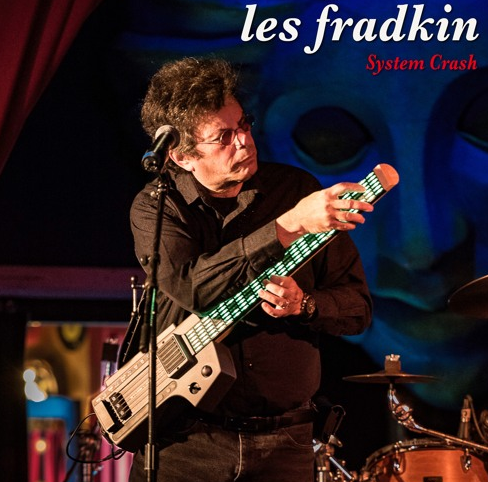 Crafting a perceptive message that focuses on all the chaos in, and disillusion with, modern society is one of the most genuine ways that musicians can create intelligent songs that their listeners can truly connect with overall. That’s certainly the case with award-winning singer-songwriter, Les Fradkin and his latest rock single, ‘System Crash.’ The award-winning neo-classical guitarist perfectly captured the anxiety and fear the public is feeling this year, in regard to both COVID-19 and social injustices, even though he penned the social-commentary-driven song with his wife, Loretta Fradkin, back in 2003.

‘System Crash,’ which appears on the musician’s new album, ‘The Les Fradkin News,’ shares his hope that people fight through their anxiety over the corruption they’re witnessing, in regards to both the virus and politics, so that they can help make improvements in society. The innovative veteran rocker powerfully encourages his audience to observe what’s currently going on around them, so that they can get a better sense of how they can help improve the future.

The MIDI guitar pioneer employs progressive, futuristic playing techniques on his signature instrument throughout the entirety of ‘System Crash’s almost five-minute runtime. Aided by an oscillating synth that creatively resembles the sound of a combination of strings, as well as the drums and a flute, Fradkin’s blend of soulful, classical and psychedelic riffs on his guitar will surely draw even the most casual progressive rock listener into the track.

The veteran rock aficionado, who also works as a producer and composer, also perfectly incorporated an intricate melody into his latest rock anthem, which helped him maximize the emotional response he wanted to create in his audience. Also fueled by such fierce, bold lyrics as “They stole all our hope, Now we got no cash, System failed, Large dreams died,” the tune perfectly captures the struggles of the modern world.

Fradkin crated a powerful and moving tribute to the concerns that the entire world is currently contending with in his intuitive new single. ‘System Crash,’ which is grippingly driven by insightful lyrics, a memorable melody and a dynamic blend of his signature neo-classical guitar with strings, percussion and a flute, the singer-instrumentalist effortlessly crafted a beautiful soundscape that offers a perceptive social commentary on the chaos in, and disillusion with, modern society.