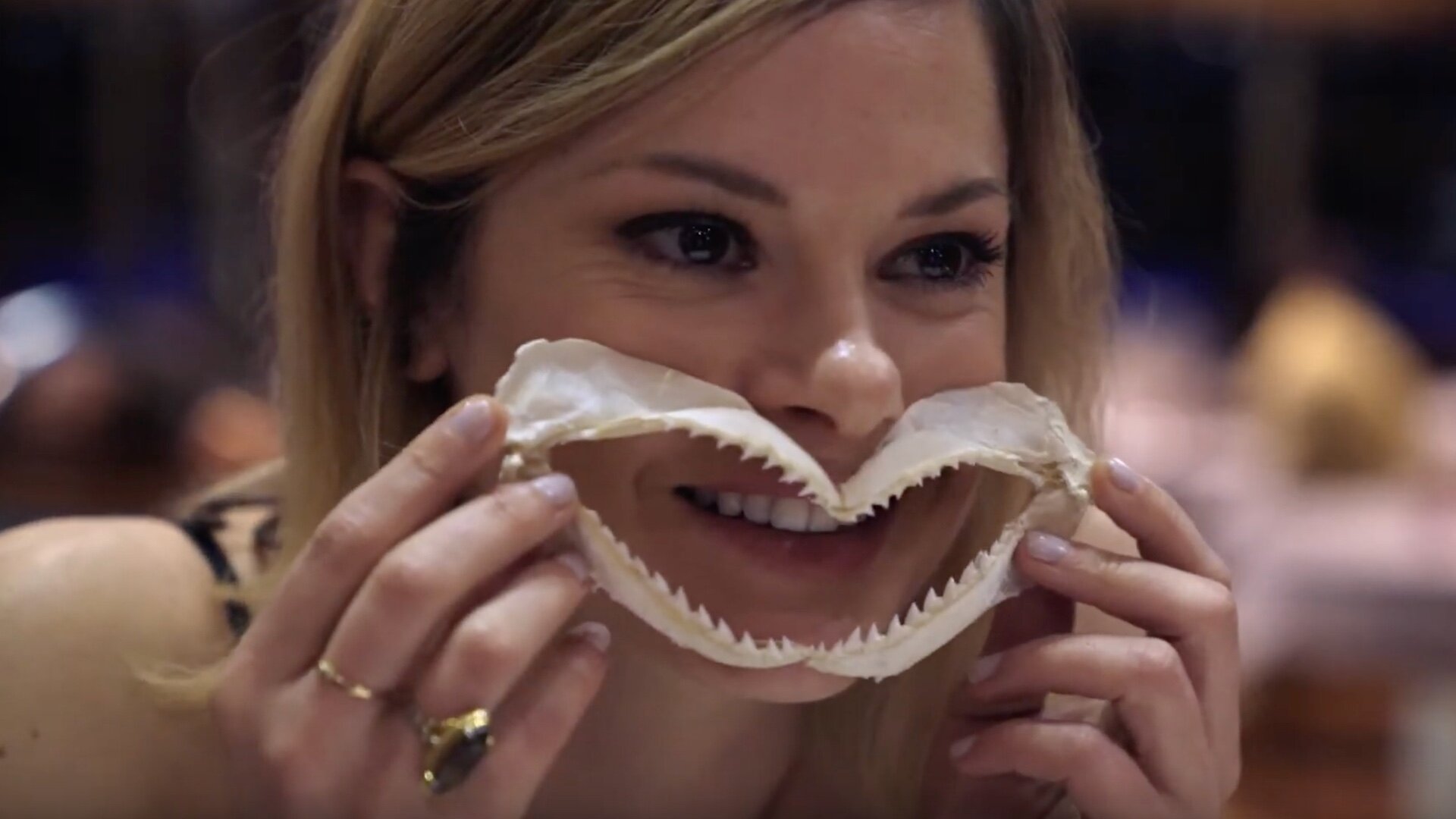 Let’s say this guy, call him Matthew, finds out that his wife Susan is cheating on him. He has money, so he hires a hit man, pays him $50,000 to take her out. Hitman confronts Susan, who has even more money than Matthew, and offers to pay the cleaner double if he would take Matthew out. He’s sold. That sounds like an overdone theme, seen first decades ago on a Twilight Zone episode. But how about a new take on that theme? James (Christ Roberti), working with a partner Mot (Julia Schonberg), are from the 28th Century with a mission to assassinate specific people who had harmed the planet. You would expect them to go after Hitler, but no: they pick on a fellow who in 1989 is working in TV, making reality shows! That sounds like someone who is not necessarily a bad man but one who creates a mission to make our earth less happy.

As for the next one, the assignment is to kill Lilly (Tonya Glanz), a free-spirited lawyer who has dumped her boyfriend and shipmate Rob (Evan Kaufman) just as a cruise ship is leaving the dock. That doesn’t sound like someone so immoral that she would entice whoever in the 28th century to order her killed, but the script tells us all too fleetingly that she has found a loophole in the law that caused massive pollution. So James takes a gadget looking like the kind of thermometer used nowadays to screen people for coronavirus intending to do this alleged mercy killing for the world, but lo! He does not get a counter-offer from her as did Matthew’s hit man but instead he falls in love with her, all in four days it’s possible, in fact about the only thing possible in the story.

They flirt, they cruise, they get off the boat at Key West to look at the Hemingway trinkets, they get off next at Cozumel, but most of the action takes place on the ship. At the same time they are surrounded by a side show of characters including a magician who is on the staff and whose job is cleaning the toilets and the banisters, also Carlo (David Carl) and Katja (Katie Hartman), part of the housekeeping staff, who use empty cabins to get it on with each other.

Much of the dialogue is awkward, particularly when four people are in the same room. But the movie is anchored by a sometimes ethereal James, who has an awful lot of hair and whose big dilemma is talking his partner into abandoning the assignment.

This is a low budget movie that makes you wonder how Dark Star Films hired all those extras but which, so I’ve heard from a not-always-reliable source, that the company photographed the whole thing on a regular cruise ship without drawing the attention of the hundreds of fun-loving guests on board. Despite the sometimes silly dialogue—one critic has stated that the movie does not have many laughs, a writer who did consider that the writers and director are not milking the show for that—there is a fascinating imagination at work as executed by principal actor and director Chris Roberti, known for some TV shorts and episodes, in his freshman narrative feature.

A metaphoric Hallmark card sneaks into the action; the idea that to stop evil, you don’t have to kill the bad guys. You need only to be kind to them. Vienna Academy of Fine Arts: why oh why did you not admit Hitler as a student?