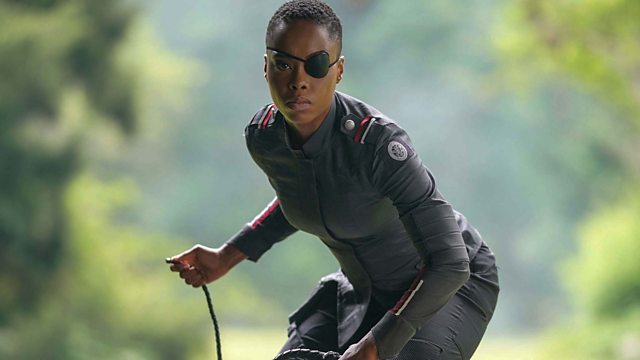 A scene from the ‘Up Is Down’ episode of BBC’s sci-fi fantasy television series, ‘Fort Salem.’

The drama series is currently airing repeats on BBC One’s channel on Filmon TV. (Note that the BBC One channel is only available for free to viewers in the UK, and international users who have a paid subscription.) The show’s pilot episode can be streamed this evening at 6:25-7:10pm local time on Filmon. It can be watched live, or recorded and watched at a later time.

The sixth episode of Series 1 of ‘Fort Salem,’ which is titled ‘Up Is Down ,’ was written by Maria Maggenti, and directed by Rebecca Johnson. The episode follows Abigail as she deals with the aftermath of horrific events. Meanwhile, Tally struggles with being supportive while also keeping a secret from her unit. Raelle takes extreme measures to connect with Scylla (Amalia Holm). The episode contains some scenes which some viewers may find upsetting.