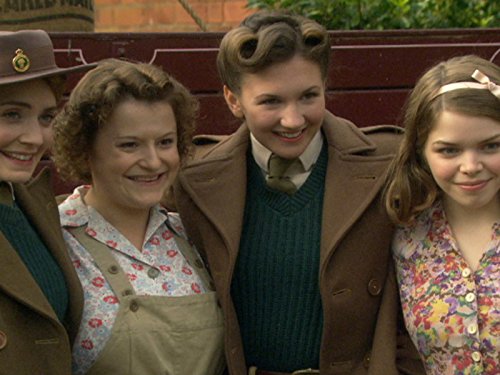 Honoring the past with powerful and emotional narrative fiction has been a long honored tradition amongst societies around the world. That’s certainly true with the British, who created the drama series, ‘Land Girls,’ to commemorate the 70th anniversary of the outbreak of the Second World War.

‘Land Girls,’ which premiered in 2009 on BBC One, is now airing on the network’s channel on Filmon TV. (Note that the BBC One channel is only available for free to viewers in the UK, and international users who have a paid subscription.) The next episode to air on Filmon will stream this morning at 8:45-9:30am local time. It can be watched live, or recorded and watched at a later time.

Episode 5 of Series 1 of ‘Land Girls,’ which is titled ‘Destinies,’ was written by Moore, and directed by Daniel Wilson. The episode follows Bea as she prepares for her wedding to Billy (Liam Boyle), and discovers that Finch has doubts about her motives. Meanwhile, Nancy is shocked as Lady Ellen Hoxley (Sophie Ward) reveals Lord Lawrence Hoxley’s (Nathaniel Parker) dark secret.