Interview: Haroula Rose Talks Once Upon a River (Exclusive)

Creating a genuine, relatable and realistic heroine for a piece of fictional narrative can be a powerful experience for a storyteller. That’s certainly the case for the filmmakers of who crafted the young female protagonist of the new drama, ‘Once Upon a River.’ The coming-of-age movie challenges its audience to empathize with a teen girl who comes from diverse cultures and a different time period. Even if viewers haven’t gone through the same life experiences as the main character, everyone can still understand her need to find her place in the world.

‘Once Upon A River’ is based on the best-selling 2011 novel by Bonnie Jo Campbell. The screen adaptation marks the feature film writing and directorial debuts of actress and singer, Haroula Rose, who also served as a producer on the drama. The innovative movie also marks the breakthrough performance of up-and-coming actress, Kenadi DelaCerna, who plays the feature’s protagonist.

‘Once Upon a River’ follows Native American teenager Margo Crane (DelaCerna) in 1970s rural Michigan. After enduring a series of traumas and tragedies, she sets out on an odyssey on the Stark River in search of her estranged mother. On the water, Margo encounters friends, foes, wonders and dangers. While navigating life on her own, she comes to understand her potential, all while healing the wounds of her past.

Rose generously took the time recently to talk about writing, directing and producing ‘Once Upon a River’ during an exclusive interview over the phone. Among other things, the filmmaker discussed why she was drawn to make her feature film writing and directorial debuts on the drama, and why she felt it was so important to adapt Campbell’s book for the screen. She also mentioned that she immediately knew that casting DelaCerna in the lead role of Margo was the right decision, as the performer already inhabited a lot of the same qualities as her character before production on the movie began, including being both vulnerable and strong at the same time.

The conversation with Rose began with the scribe discussing why she was drawn to make her feature film writing debut on the movie, as well as what the scribing process was like on the script. “I fell in love with the story, so I reached out to Bonnie Jo Campbell, who’s the writer of the novel, and she trusted me. We met in person, and decided it felt right” to proceed with adapting the book for the screen, the filmmaker shared.

“When I adapted it, it took time. The first draft was quite long, and the second draft was a bit shorter,” Rose continued. “The question was, how do you tell a story (on screen) in 90 minutes, when in the book, the story takes place over a couple of years? So the hardest part was (deciding) who to lose, in terms of characters, and what to compress, in terms of time.

“I then sent what would be our shooting script Bonnie, just to make sure she felt okay with it. She was, and was always respectful of the process. She gave her creative blessing, and that felt great. We then went and shot it,” the screenwriter divulged.

“You keep going back to the book to see what you can keep, but on another level, the movie is also its own animal. At some point in the editing process, you have to ask, what is the exact thing it needs to be, and then you have to refine it,” the filmmaker noted.

A large part of the movie’s successful transition to the screen was finding the right person to play the at-times struggling protagonist of Margo. The filmmaker then delved into what the casting process was like for the drama, especially in finding DelaCerna to play the main character.

“That was an interesting process. I saw so many young women, but none of them had this 100 percent feeling to me that they were the right choice,” Rose admitted. “Then Kenadi arrived about 48 hours before we would have had to pull the plug on the whole film, because the weather was starting to change. It was this time of year, actually, and in the Midwest, the weather can change on a dime. So I felt that I had to find someone right now, or otherwise, we would have to wait until spring, or another year.

“It was such a magical manifestation. Kenadi sent in a tape, and I flew to New York the next day to do a lens test with my director of photography, Charlotte Hornsby. That way, I could see her in person, and do some exercises with the script,” the director shared. “That way, I could see if she could do all of these different elements with the character. She showed that she actually already inhabits a lot of these qualities…There was no question at that point; we knew that we found her, which was such a relief,” she added with a hint of laugh.

Once the actors were cast, Rose enjoyed the process of working with them to build their characters’ backstories and relationships. “It was really intimate, because we had a small group. Even though there are some scenes that have a lot of people, everyone still felt very comfortable. Even though we didn’t have a lot of time to rehearse, we did have a little bit of time to spend together, and get to know each other, prior to filming.

“We had more time with Kenadi, John Ashton, who played Smoke, and Lindsay Pulsipher, who played Luanne, than the people who came in for the supporting roles. I wish we had more time, but you always wish that,” the filmmaker revealed. “Everyone was so collaborative, so even though we didn’t have a ton of rehearsal time, we could just dive into something and figure it out all together.”

Margo is an equally vulnerable and strong protagonist who fights for her survival and independence, as well as acceptance. She’s a character with whom viewers can empathize with, as her issues are timeless, both as a young woman and as a person finding her voice and way in life through her experiences. Rose then delved into why was it important to her to make Margo a strong main character who’s relatable to modern audiences, while also emphasizing her struggles during the story’s time period.

“I feel that our estimation of strength, culturally, might be something that needs re-examining,” the helmer admitted. “I think strength is one of those things that we’ve always seen a certain way. I think there’s actually a lot of strength in vulnerability, so we should start to view it as such.

“As a woman, I feel like Margo is trying to find herself and her voice. That’s really hard, especially when you don’t have examples for guidance. I feel like she becomes her own guide, and finds these people who support her,” Rose continued. “The more support she gets from people, the more she believes in herself.

“There’s also a sense of loss in Margo, which gives her a lot of strength. She knows what it’s like to loose something, and then all of a sudden, there isn’t anything left to loose,” the filmmaker pointed out. “So she had to figure out how to live.”

Like Rose previously mentioned, ‘Once Upon a River’ was shot on location in the Midest, in Antioch, Illinois. She further delved into what the process of filming the movie on location was like. “I grew up just outside of Chicago, and there are a ton of places to go there that still have the essence of the late 1970s; if you just change the car and clothes, it still feels like the same small town quaintness” from over 40 years ago.

The director added that an interesting aspect of the filmmaking process was that she was “looking at a different area. Then my father told me, ‘There’s this area in this one town up north that I’ve always really liked near the Wisconsin border, so you might want to check it out. So the idea to shoot where we did came from my dad.

“So I drove up there with a locations scout. Everyone was so cool to let us use their homes and cars; there was such a great feeling about shooting there. I’m excited for everyone to finally see” the locations that are featured in the movie, Rose added.

Finding the location where the drama was shot was part of Rose’s job of being the director and a producer on the film. Being both the helmer and a producer on the movie “was actually a bit training, and the two jobs put me in different headspaces” she admitted. “But everyone was telling me that I had to do that on my first feature. Doing both jobs ended up being a good thing; it gave me a sense of what was happening with all aspects of the filmmaking, but it was also stressful, too. Maybe on my next film, I’ll have a bigger crew, but I do like working with a smaller crew, so we’ll see what happens.”

The filmmaker also expressed her happiness that audiences are finally able to see not only the locations, but the final version of the overall drama, now that it’s officially opening today in Virtual Cinemas. “We discussed with the distributor (Film Movement) if theaters would be open (this month), and if it would be worth it to try for a theatrical release.

“Ultimately, it felt like (releasing the movie digitally is) a safer thing to do at this time. Hopefully, we chose the right thing to do, as there aren’t a ton of options right now. But I also didn’t want to wait, and they didn’t, either,” the filmmaker continued.

“While we’re all cooped up in the winter, people will want to go on this type of journey, in which the character are outdoors quite a bit. I have this optimism that things things will work out the way they’re supposed to,” Rose shared.

“The movie played at 40 festivals around the world. It did well, and received a lot of support and love from the audience, as well as awards” for the cast and crew, the helmer added, “I’m really proud of that, and everybody involved in making the movie did have some experiences with watching it on a big screen, and I’m really proud of that. That’s even more special now than ever, and I’m happy we were able to have those experiences,” she concluded. 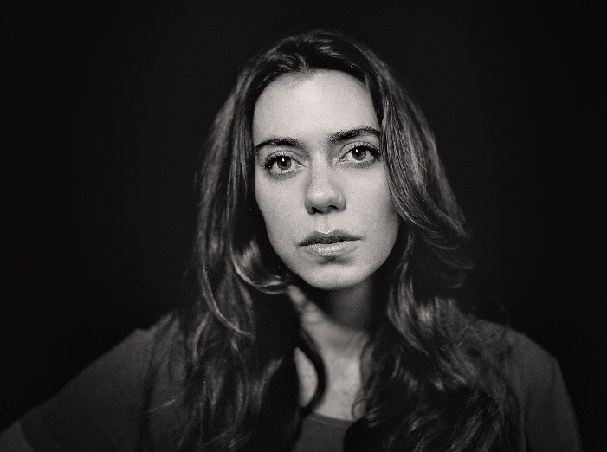 Name
Haroula Rose
Job Title
Writer-director-producer of the drama, 'Once Upon a River'