Actor Devin Leigh is strongly encouraging his fellow performer, Ryan Barnes, to do what he says, in order to protect his family, in the upcoming sci-fi thriller, ‘Monochrome: The Chromism.’ In the new action-adventure film, Devin’s character, the Suited Man, informs Barnes’ character, Jerry Ward, that he must contain threats to society, or he’ll have harm unleashed on his loved ones.

Tempest Studios is set to release ‘Monochrome: The Chromism’ On Demand on October 16. In honor of the drama’s upcoming distribution, ShockYa is premiering an exclusive clip from the thriller, which is titled ‘Ambush.’ In the clip, the Suited Man surprises Jerry in his car, and warns him that his family will face trouble if he doesn’t listen to instruction.

Tempest Studios is has unveiled the following synopsis for ‘Monochrome: The Chromism’:

Isaac Ward (Bangle) is the first person to turn hue in the black and white world. After being shot in a downtown crossfire, he is found bleeding red. As Isaac’s body also begins to streak with color, other outbreaks develop across the globe. Isaac now struggles to survive while society tears itself apart to try to capture and comprehend these new unexplainable hues. Countries are left at odds while Isaac determinedly sets out to find answers. 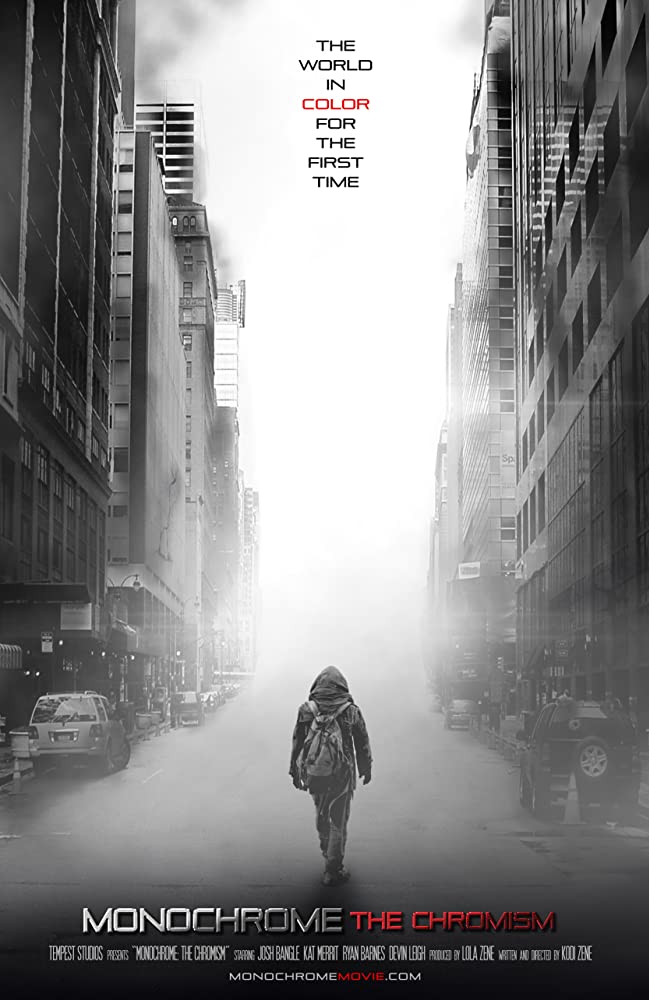