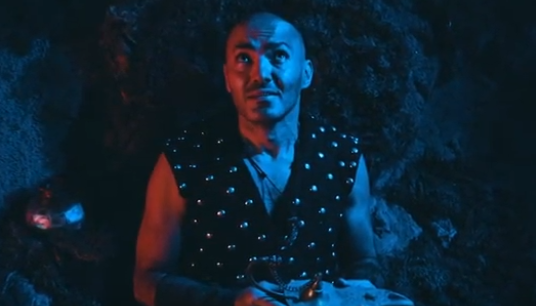 Shahin Sean Solimon is searching for a way to once again release the genie from his magical lamp, in order to make his dreams come true, in the newly released director’s cut of the action-adventure film, ‘Sinbad: The Fifth Voyage.’ The newly unveiled version of the drama is now available in the U.S. exclusively on Prime Video. In honor of the fantasy movie’s latest distribution, ShockYa is premiering an exclusive clip from the feature.

Giant Flick Films and Imagination Street Films produced and distributed ‘Sinbad: The Fifth Voyage – Ultimate Director’s Cut,’ which is based on the ‘Arabian Nights’ and ‘Sinbad the Sailor’s fairytale adventures. The much anticipated director’s cut features several new scenes and a more expanded storyline between Sinbad and Princess Parisa.

In addition to acting in the drama, Solimon also directed the movie. The filmmaker has been acknowledged as the first Persian-American actor to play the title character in an American-made movie.

“I have always been a fan of the ‘Arabian Nights’ and the early stop-motion Sinbad movies created by Ray Harryhausen. I am truly grateful for the chance to be a part of this creative process on both sides of the camera,” said Solimon. “Having an opportunity to do an Ultimate Director’s Cut of ‘Sinbad,’ and with a great team of artists, adds so much more that ties the movie together. It’s almost a whole new film. We wanted to create something for the fans of Sinbad and bring back a taste of the traditional classic style of movie making, and I believe we have done that. I am very excited and looking forward to developing and extending this Universe of ‘Sinbad the Sailor!'”