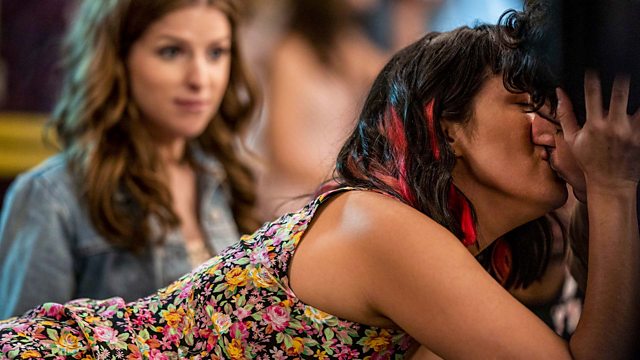 Sometimes the best way for a person to contemplate how to find the right romantic partner who will enrich their future is to get over their relationships that ended badly in the past. That’s certainly the case for Anna Kendrick’s protagonist of Darby in the romantic comedy television series, ‘Love Life,’ which premiered on HBO Max this spring. Darby’s adventure of finding the right person for her is narrated by Lesley Manville throughout the initial 10-episode season of the anthology show, which has been renewed for a second season.

Repeats from the first season are now airing on BBC One‘s channel on Filmon TV. (Note that the BBC One channel is only available for free to viewers in the UK, and international users who have a paid subscription.) The next episode to air on Filmon will stream this evening at 5:45-6:10pm local time. It can be watched live, or recorded and watched at a later time.

Episode 3 of Season 1 of ‘Love Life,’ which is titled ‘D Is for Declarations,’ was written by Ali Liebegott, and directed by Tricia Brook. It follows Darby ass he runs into an old flame, and spends the rest of the day trying to get him off her mind. The episode contains strong language and some scenes of a sexual nature.