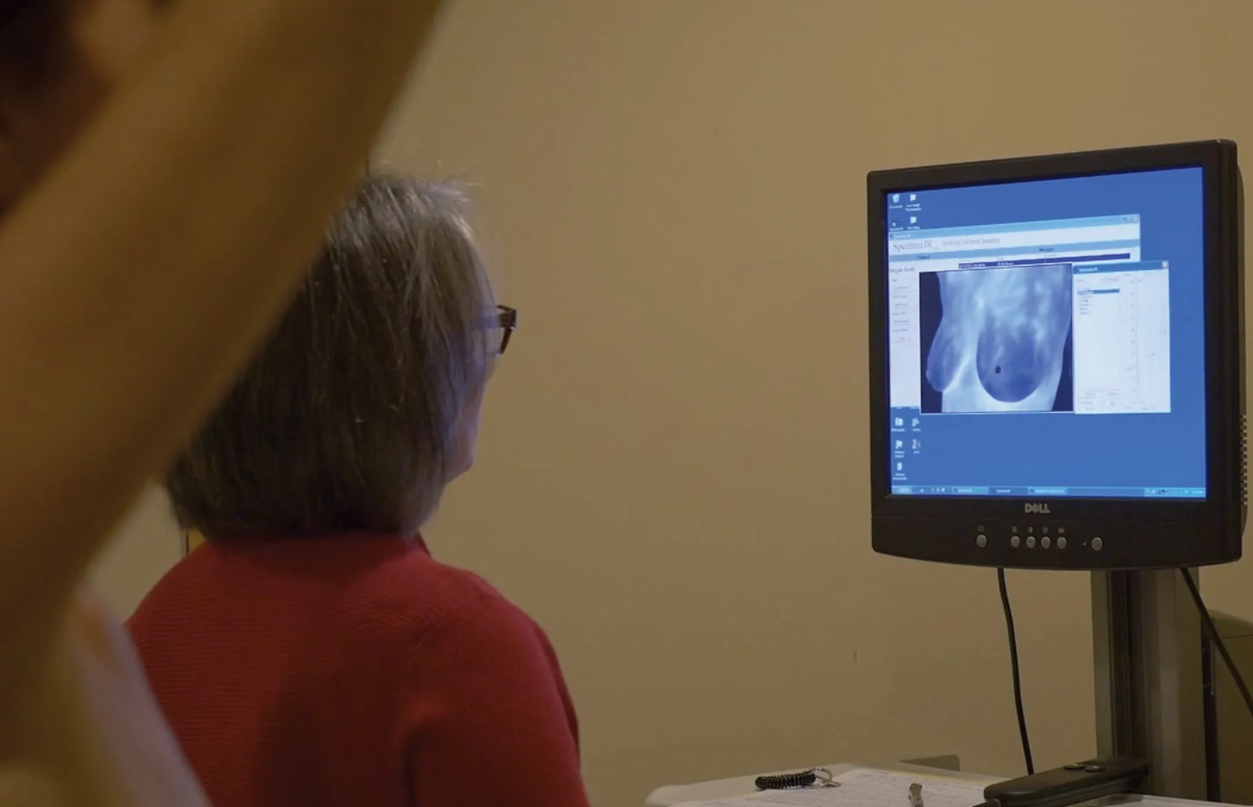 Women are being exploited. Doctors tell women 35+ to take mammograms yearly, yet mammograms are painful, One participant tells men who are clueless about gynecology to think of having their testicles squeezed by two metal plates. They cause patients to absorb radiation, and they yield many false positives and false negatives. What’s more, those women who are diagnosed as positive undergo biopsies, which are painful and often unnecessary. There’s even more. If a biopsy comes back positive, doctors advise patients to undergo mastectomies, resulting in yet additional pain and disfigurement. Sometimes surgeons will admit to some that their mastectomies turned out to be mistakes. (Not covered in this film: In Britain, the National Health Insurance, women with positive diagnoses are encouraged have both breasts removed at once, which is somehow more convenient and efficient for its card-carrying members.)

So what to do? Aided by a clever use of texts covering the screen, the most essential words projected bold and in color, doctors recommend bypassing what they called the standard protocol of mammograms. They accuse hospitals of guiding patients to machines for which they’ve spent millions of dollars and need a return. Instead—and you have to wait until half the doc is over before the epiphany—women should insist on a combination of ultrasound and thermography. Not only do these two machines avoid radiating them and are painless, their accuracy is around the area of ninety-five percent. Yet thermography is usually not covered by insurance, perhaps because the Food and Drug Administration suggests that those who opt for it may miss a chance to discover early cancers.

Huh? While the docs in this doc say more or less the reverse, and though thermography is standard use by firefighters to see through smoke, and building construction people use it to make heating and air conditioning more efficient, it’s just “alternate” medicine? If you’re like me you are likely to have had a love affair in youthful days with the likes of herbal medicine, acupuncture, chiropractic, all of which have limited uses if any at all. The doctors seem to agree that even Lancet, the most prestigious medical journal, will some select articles for publication because of money!

This film will likely be seen almost exclusively by prospective women patients, though the idea of nuts being squeezed between two metal plates was the metaphor that got my interest. Given the nice personalities of the professionals used as talking heads, you might be ready to abandon mammography as of tonight (if you’re a woman). But sit back and think: could this movie be nothing more than an infomercial for the thermography protocol which, unless you believe in conspiracy theory (it’s being suppressed because of money-hungry docs and Big Pharma), it’s simply an organ for the promotion of a generally unapproved technology? Could the whole film be little more than analogous to propaganda by the anti-vaccination folks?

Then again, that’s what makes this even more interesting to see. Have a look at it and, as Fox News always says, decide for yourself.