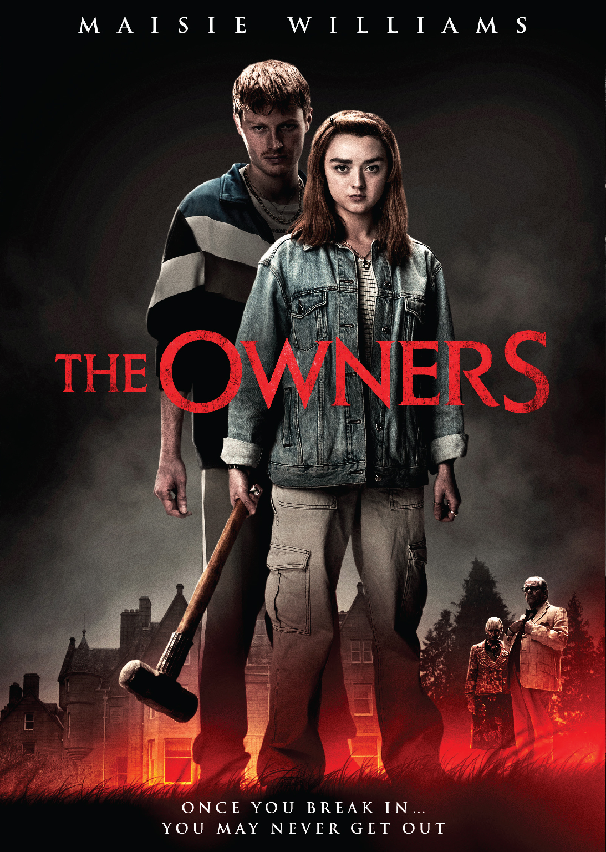 Sometimes the biggest score during an impromptu home robbery attempt is the young thieves’ lives. That’s certainly the case for actress Maisie Williams’ character and her fellow cohorts in the new horror movie, ‘The Owners.’ The performers’ characters, who initially serve as the action thriller’s antagonists, surprisingly become the relatable anti-heroes that viewers will undoubtedly hope will escape with their lives.

RLJE Films will distribute the drama next Tuesday, October 20 on DVD and Blu-ray, for an SRP of $27.97 and $28.96, respectively. The discs will include the bonus feature, ‘The Making of The Owners.’

In honor of ‘The Owners’ home release, ShockYa is also offering two lucky winners a DVD of the movie. To enter, email us at ShockyaGiveaway@aol.com. Let us know that you’re entering to win the ‘The Owners’ DVD giveaway in the email’s subject line, and include your mailing address in the message. You have until next Tuesday, October 20, the day of the thriller’s release, to enter, and you can enter the contest once daily. On October 20, we’ll pick the winners at random, and notify them through email. Good luck!

In ‘The Owners,’ a group of friends think they found the perfect easy score – an empty house with a safe full of cash. But when the elderly couple that lives there comes home early, the tables are suddenly turned. As a deadly game of cat and mouse ensues, the would-be thieves are left to fight to save themselves from a nightmare they could never have imagined.