Actress Brigitte Kali Canales is being forced to battle her inner demons, both metaphorically and literally, in a fight to save her life and soul, in the new horror film, ‘The Old Ways.’ In honor of the drama having its World Premiere this week during the Panorama Fantàstic screening section of the Sitges Film Festival in Sitges, Spain, ShockYa is premiering an exclusive festival poster for the movie. The poster features an animated version of Canales’ protagonist of Cristina as she’s confronted by her diabolic enemies.

‘The Old Ways’ was written by Marcos Gabriel, and directed by Christopher Alender. They both also served as executive producers on the new drama. The movie is the duo’s latest project, as they have collaborated together for the past 25 years.

While working on the script, Gabriel pieced together anecdotes his mother had told him from her youth in Puerto Rico. With a great deal of older generations stepping forward to also share their experiences, the scribe’s extensive research taught him that the world of witchcraft in Latin America and the Caribbean are still very much alive in the present day.

Soapbox Films, which served as the production company on ‘The Old Ways,’ has released the following synopsis for the drama, which also stars Andrea Cortés, Julia Vera, Sal Lopez and AJ Bowen:

When Cristina Lopez, a Mexican American reporter, returns to her ancestral homeland of Veracruz to chase a story on witchcraft and faith healers, she becomes the subject of her own story. Kidnapped by a local bruja and her son, she’s held against her will for a terrifying reason: they believe she has a demon within her, and won’t let her go free until they exorcise the malevolent force … no matter what it takes.

As she struggles to make her escape, Cristina slowly comes to believe they may be telling the truth after all. Along with her captors and estranged cousin Miranda (Cortés), Cristina’s fight for survival turns into a fight for her soul.

Sales for the American horror movie are being represented by XYZ Films and UTA during the Sitges Film Festival. For more information on the drama’s screenings during the festival, visit Sitges’ official website. Below is the full screening schedule for ‘The Old Ways’ during the festival: 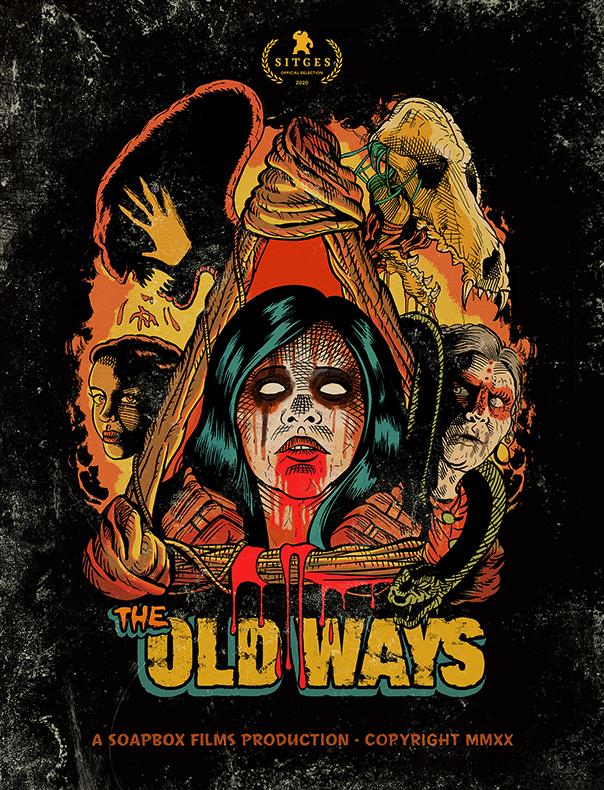