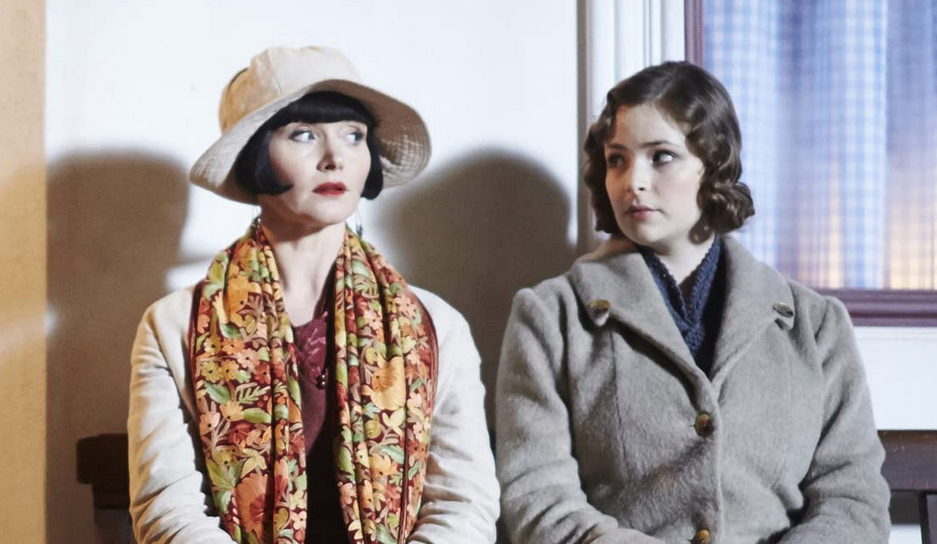 Sometimes the most challenging aspect in life for people can be finding a place where they truly feel comfortable. That’s certainly the case for the title protagonist of the Australian crime drama television series, ‘Miss Fisher’s Murder Mysteries.’ The eponymous lead character, The Honorable Phryne Fisher, who’s played by Essie Davis, is an independent, glamorous private detective, who won’t find peace until she solves every crime. The mystery show, which is set in the late 1920s in Melbourne, also highlights Phryne’s personal life.

The award-winning period drama, which premiered in 2012 on Australia’s ABC network, is now being broadcast on the Drama channel on Filmon TV. The latest episode of ‘A Place to Call Home’ is set to stream on Filmon this afternoon at 3:00-4:00pm local time. It can be watched live, or recorded and viewed at a later time.

The tenth episode from series 2, which is titled ‘Death on the Vine,’ was written by Chris Corbett, and directed by Catherine Millar. The episode follows Phryne as she visits a wine festival at a country vineyard to investigate a strange death.