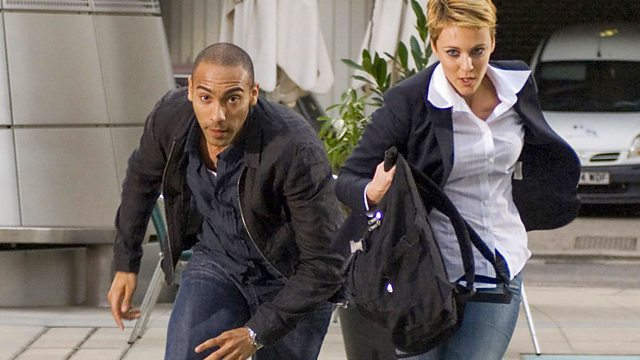 A scene from the ‘Isolated’ episode of the British action-adventure spy mystery drama series, ‘Spooks.’

The popular action-adventure show, which is also notable for its use of popular guest actors, originally aired on the BBC One network in the early 2000s. Its repeats are currently streaming on the Drama channel on Filmon TV. The next episode to air on Filmon can be streamed tonight 6:20-7:45pm local time. It can be watched live, or recorded and watched at a later time.

Episode nine of Series 6 of ‘Spooks,’ which is titled ‘Isolated,’ was written by Neil Cross, and directed by Alrick Riley. The episode follows the team as it’s suspended after Ros’s betrayal. The suspension leaves the agents in the line of fire for a disgruntled former IRA terrorist about to detonate a bomb in the heart of London.