Anyone who goes into the woods won’t come back in the upcoming horror movie, ‘Wrong Turn.’ A new group of young friends are learning the hard way that intruding on the existence of a hidden community of mountain dwellers, even inadvertently, will shake the very foundation of their lives.

Saban Films is set to distribute the thriller in theaters on January 26, 2021. Tickets and information about the feature can be found on Fathom Events’ official website. In support of the drama’s release, the distributor has unveiled the official trailer and poster for the movie.

Set in contemporary times, ‘Wrong Turn‘ is a reimagining of the popular 2003 film of the same name. Alan B. McElroy, who wrote the original drama, returned to pen the series’ latest entry, which is the seventh overall installment in the franchise. The latest entry in the series was directed by genre veteran Mike P. Nelson. The new thriller stars Charlotte Vega, Adain Bradley, Bill Sage, Emma Dumont, Dylan McTee, Daisy Head, Tim DeZarn and Matthew Modine.

‘Wrong Turn’ follows Jen (Vega) and a group of her friends as they set out to hike the Appalachian Trail. Despite warnings to stick to the trail, the hikers stray off course—and cross into land inhabited by The Foundation, a hidden community of mountain dwellers who use deadly means to protect their way of life. Suddenly under siege, Jen and her friends seem headed to the point of no return—unless Jen’s father, Scott (Modine), can reach them in time. 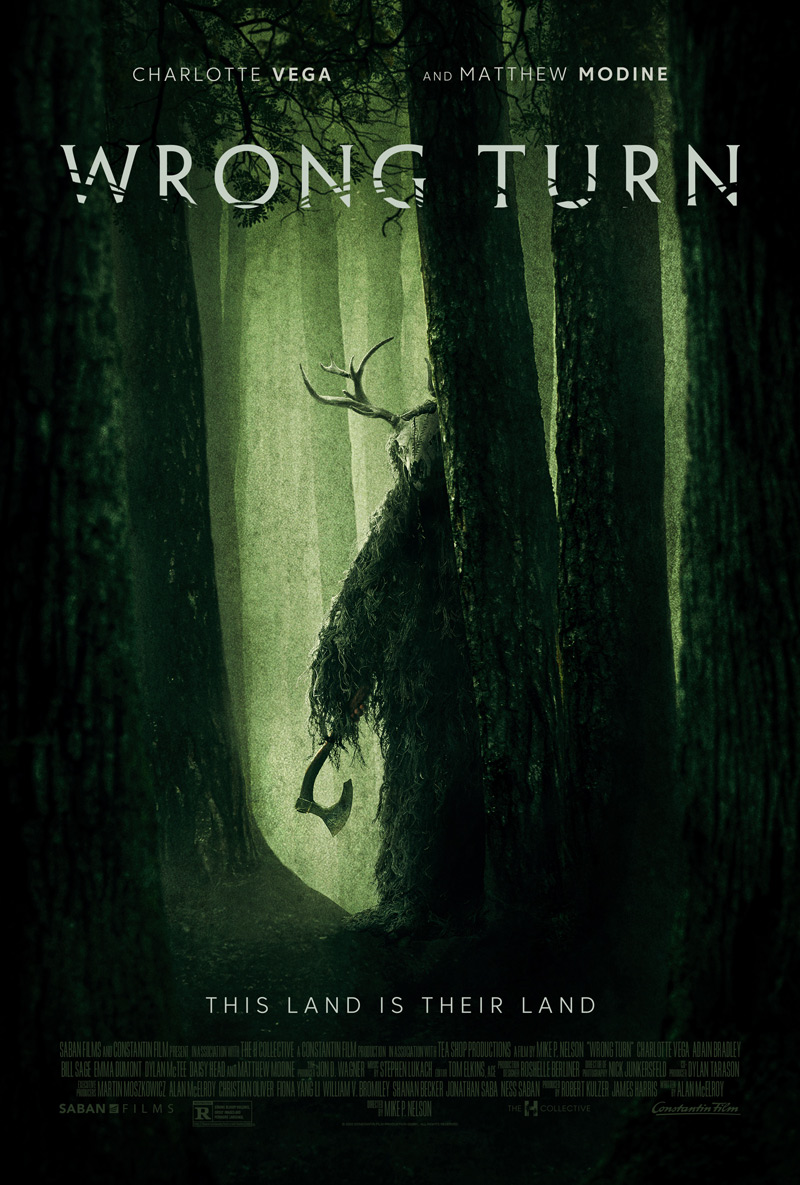