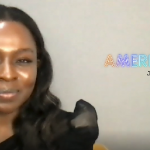 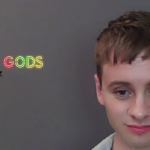 Sometimes the seemingly most mystical television shows end up becoming the most timely and relatable to their audiences. That’s certainly the chase for the critically acclaimed series, ‘American Gods,’ whose upcoming third season engages its viewers in large part through its characters and their identifiable journeys. From the versatile protagonist, Shadow Moon, to the title Gods, including Bilquis and Technical Boy, the diverse characters must decide who they are in an ever-changing world, and become more comfortable with themselves in their new situations.

The Emmy Award-nominated fantasy drama’s latest season shows that the new gods, including Technical Boy, who’s the New God of Technology, demand society’s attention and love, while the old gods, like Bilquis, the Old Goddess of Love, want to mean something again. The struggles of all the gods and the people they wish to be worshiped by in the show’s next season prove that all diverse stories need to be heard, in order to change society’s current trajectory, and humanely improve the future.

Season 3 of ‘American Gods’ is set to premiere next Sunday, January 10 at 8:00pm ET/PT in the U.S., as well as internationally on Amazon Prime Video, beginning Monday, January 11. The series is based on British author Neil Gaiman’s 2001 fantasy novel of the same name.

‘American Gods’ is the epic story of an inevitable war building between the Old Gods of mythology and our New Gods of technology. Shadow (Ricky Whittle) is a man who’s pulled into the service of the mysterious Mr. Wednesday (Ian McShane), only to discover that not only is his charismatic but un-trustable boss actually the Norse All-Father god Odin, he’s also his father.

In Season 3, Shadow angrily pushes this apparent destiny away, and settles in the seemingly idyllic snowy town of Lakeside, Wisconsin to make his own path. While he’s there, he’s guided by the gods of his Black ancestors, the Orishas. However, he’ll soon discover that this town’s still waters run deep, dark and bloody, and he can’t simply reject being a god. The only choice he has to make is what kind of god he’s going to become.

Badaki and Langley generously took the time recently to talk about starring in the upcoming third season of ‘American Gods’ during an exclusive interview over Zoom. Among other things, the actress and actor discussed how Bilquis and Technical Boy’s relationship is no longer mutually beneficial, which changes the way they’re able to connect with their followers. The performers also mentioned how they embrace the fact that Gaiman’s thorough source material is still guiding their character’s trajectories throughout the next season.

The conversation began with the co-stars discussing the fact Bilquis and Technical Boy have an intricate relationship, as she’s an ancient goddess of love who craves the worship she once inspired in today’s world, thanks to his app. At first, their relationship is mutually beneficial, but a crisis that arises from use of the app leaves them unable to rely on his skill set as a god.

Langley noted that Technical Boy and Bilquis’ relationship throughout the new season makes them realize what their true power and purpose are, particularly since their bond “is a lot of fun. I think at the end of Season 2, as far as Tech Boy and and Bilquis are concerned, the power dynamic is very much titled in his favor, and he comes into the third season very much with that opinion. But I don’t think it’s too much of a spoiler to say that changes very quickly.

“From there, more than any other season, they learn more about each other through each other, and we may not be as different as you may have thought. So there’s a lot going on between these two characters, and their interactions in Season 3 are something to look out for; they’re not something we’ve seen so far, in terms of Seasons 1 and 2,” the actor added.

Badaki also chimed in on how their characters’ relationship changes throughout the upcoming season. “As you can tell, it’s so hard to work with Bruce Langley!,” she teased with a laugh. “He’s the most wonderful and kind co-star in the world. It was a lot of fun to be able to work with him for the past three, almost four year, and continue that growth together (this season). It’s enjoyable to see how these characters bounce off of each other, and evolve through their continuous contact, over the seasons. I think people are going to be pleasantly surprised.”

Langley then delved into how Technical Boy’s powers have evolved since the beginning of the drama’s initial season, which premiered in the spring of 2017, and how the series emphasizes the rapid development of technology. “That’s the essence of the character-he’s constantly evolving and changing…In terms of this season, he’s in the position that he’s used up eight of his nine lives. So whatever power he has, he has to use it up quickly.

“In this season, specifically, in terms of how technology changes, we get to see a little flavor of him separated from that power. What does he look like when he doesn’t have all of his toys?,” the actor encouraged viewers to ponder. “That’s an interesting look at the God of Technology, and is something people can look forward to seeing this season.”

With the television show being based on Gaiman’s 465-page book, the show has plenty of source material to incorporate into its episodes. Yetide embraced having the award-winning novel to refer to while portraying Bilquis. “We’ve been very lucky in that the one constant we always have is Neil Gaiman,” who also serves as one of the executive producers on the drama. “He once said that the one difference between the book and series is that we’re in a house,” she shared.

“With the book, we get to walk down the hall and go into different rooms, but other rooms weren’t open. But as we go through the seasons, we get to open the other rooms and explore more and more of this house,” the actress divulged. “So we’ve been very lucky in that way, in that we get to play in a sandbox that was created in Neil’s imagination all these years,” she concluded.