The COVID-19 pandemic has turned the world upside down. Businesses are closing, consumers are staying home, and politicians are bickering. As an ordinary consumer, there is a good chance that you’ve been following these changes from start to finish. You know that your favorite movie was just delayed because the cinema hasn’t been able to finish the production. While all industries have adapted, Hollywood has been hit particularly hard. Some studios are looking for other ways to release their movies to consumers. 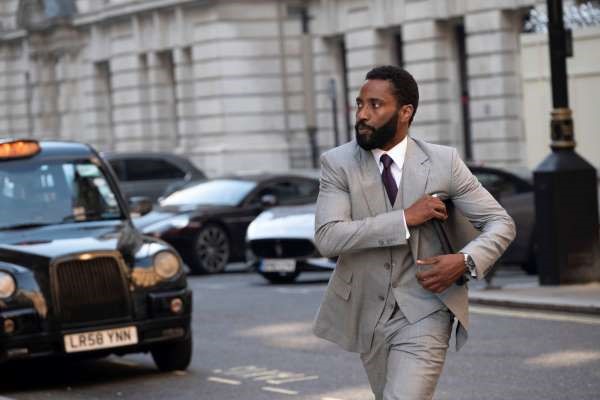 Others are looking for ways to continue filming without posing their staff to unnecessary risks. This article will delve deeper into the ongoing changes in Hollywood.

During the past few months, theaters across the United States have been forced to close. Local governments have decided that theaters are too risky. Some states have allowed theaters to reopen but with limited capacity. This is detrimental to everyone involved. Theaters can’t make money since they cannot fill their theaters with viewers. This means that fewer people are buying tickets and that is reducing box office revenue for Hollywood’s top productions.

As a result, Hollywood producers are looking for alternative ways to deliver their content to consumers. Many have decided to go digital. Some of the next big movies will be released directly to streaming services. Using your computer, you can play Judi Bola or watch one of the latest movies from Hollywood. Fans will be able to watch these movies as soon as they hit the theaters. These movies including ‘Matrix 4,’ ‘Space Jam: A New Legacy,’ ‘Mortal Kombat,’ ‘Dune’ and others.

Films will be streamed on HBO Max, Disney+ and other services.

Unfortunately, movie theaters have been crippled by the COVID-19 pandemic. The world’s top theater chains have started looking for ways to increase revenue despite lowering capacity. One way they’re trying to increase revenue is by selling alcohol. Previously, most theaters sold popcorn and candy, but not alcohol. The leaders believe selling alcohol will attract new customers and help generate more revenue. As for other theaters, they cannot open due to local and federal regulations. They’re worried that they’ll be forced to close for good if they don’t get a bailout or they can’t reopen.

Pricewaterhouse Coopers believes movie theater revenue will experience the sharpest downturn in the last 21 years. And it suggests it will take four years for the industry to fully recover. With more people watching the latest movies on their favorite streaming service, there is a risk that these movie theaters will not return after the COVID-19 pandemic.

During the pandemic, most theaters have lost a lot of money. The theaters are too small to accommodate proper social distancing at full capacity. The only alternative is to open and reduce capacity. However, one type of theater has thrived during the pandemic. In fact, this type of theater has been revived thanks to recent social distancing regulations. Drive-in movie theaters are becoming more and more popular. Many years ago, these theaters were very popular. Then, they were overtaken by conventional theaters.

Unfortunately, the COVID-19 pandemic has stopped Hollywood from making more movies. The industry was halted due to the outbreak and subsequent social distancing guidelines. This is why you haven’=;t heard anything about big-budget films coming out. However, things are starting to return to normal. Walt Disney Co. recently released ‘Mulan.’ The movie cost the company $200 million to make. Instead of being shown in theaters, the company made it available on its new streaming service Disney+. Another movie that was released this year was ‘Wonder Woman 1984.’ WarnerMedia decided to release the movie in theaters and on HBO Max at the same time.

Still, the industry hasn’t created as many new movies as it once did. For fans, it is a waiting game.