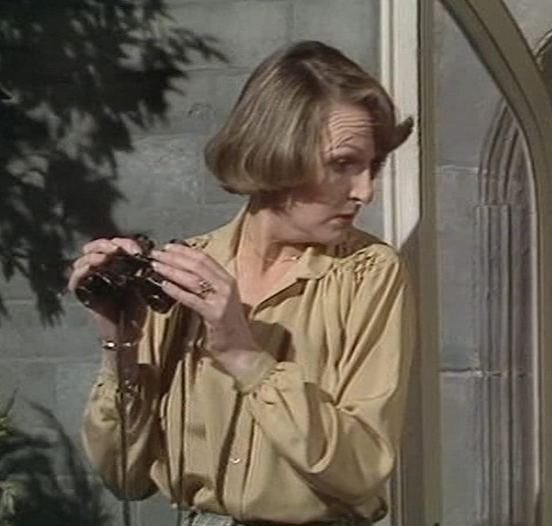 Actress Penelope Keith appears on the ‘Grape Vine’ episode of the British sitcom, ‘To the Manor Born.’

Sometimes it takes drastic circumstances for seemingly diverse people to accept others for who they are, and embrace the true dynamic between them. That’s certainly the case for the distinctly different protagonists of the British sitcom, ‘To the Manor Born,’ which was created and written by by Peter Spence.

The popular television show follows actress Penelope Keith’s character, Audrey fforbes-Hamilton, an upper-class woman who, upon the death of her husband, has to move out of her beloved manor house to the estate’s old lodge. The manor is then bought by actor Peter Bowles’s character, Richard DeVere, a millionaire supermarket owner. The duo subsequently has a love-hate relationship throughout the rest of the comedy’s three series run, which first aired on BBC One from 1979 to 1981.

Repeats of ‘To the Manor Born’ are now being broadcast on the Drama channel on Filmon TV. The latest episode to air on Filmon can be streamed this afternoon at 12:25-1:00pm local time. It can be watched live, or recorded and watched at a later time.

The sixth episode from series 1, which is titled ‘Grape Vine,’ was directed by Gareth Gwenlan. The episode follows Audrey as she begins to feel that appearances demand she take a holiday, but she dreads leaving the Manor in DeVere’s hands.