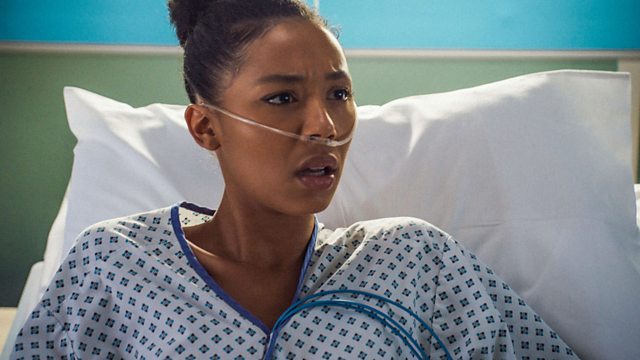 A scene from the 33rd episode of Series 22 of the BBC One medical drama, ‘Holby City.’

Episode 33 of Series 22 of ‘Holby City’ was written by Rebekah Harrison, and directed by Jamie Annett. The episode shows that Skylar’s (Phoebe Pryce) mistake has fatal consequences, but it’s questioned if she really is the one to blame. Meanwhile, Kian (Ramin Karimloo) admits his addiction to Jac (Rosie Marcel), and Donna (Jaye Jacobs) tries to put Xavier’s memory to rest.