While differences in personality can often bring people together, especially during harrowing times, some families’ unique characteristics are just so different that they can instead pose danger to their neighbors. That’s certainly the case for the couple and their daughter who move to a new community in the upcoming horror movie, ‘Spiral.’

RLJE Films is set to distribute the drama on DVD and Blu-ray next Tuesday, January 19. The DVD will sell for an SRP of $27.97, and the Blu-ray will retail for an SRP of $28.96. The discs will include several bonus features, including interview with the writers and ‘On the Set of ‘Spiral.’

In honor of ‘Spiral’s disc release, ShockYa is offering two lucky winners a Blu-ray of the movie. To enter, email us at ShockyaGiveaway@aol.com. Let us know that you’re entering to win the ‘Spiral’ Blu-ray giveaway in the email’s subject line, and include your mailing address in the message. You have January 19, the day of the discs’ distribution, to enter, and you can enter the contest once daily. On January 19, we’ll pick the winners at random, and notify them through email. Good luck!

In ‘Spiral,’ a same-sex couple moves to a small town so they can enjoy a better quality of life as they raise their 16-year-old daughter. But nothing is as it seems in their picturesque neighborhood. That becomes undoubtedly evident when they see that the people next door are throwing a very strange party, which makes them eralize that being the new family in town may be extremely dangerous. 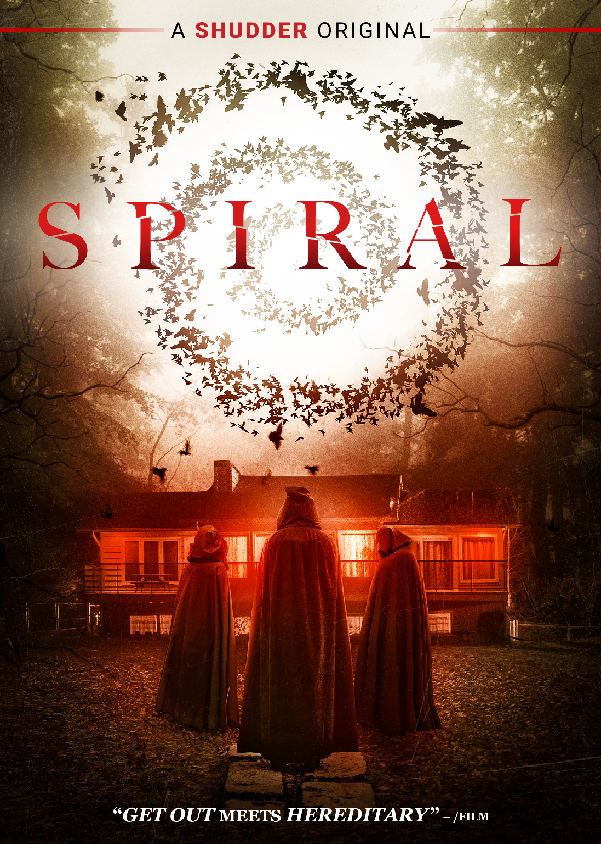