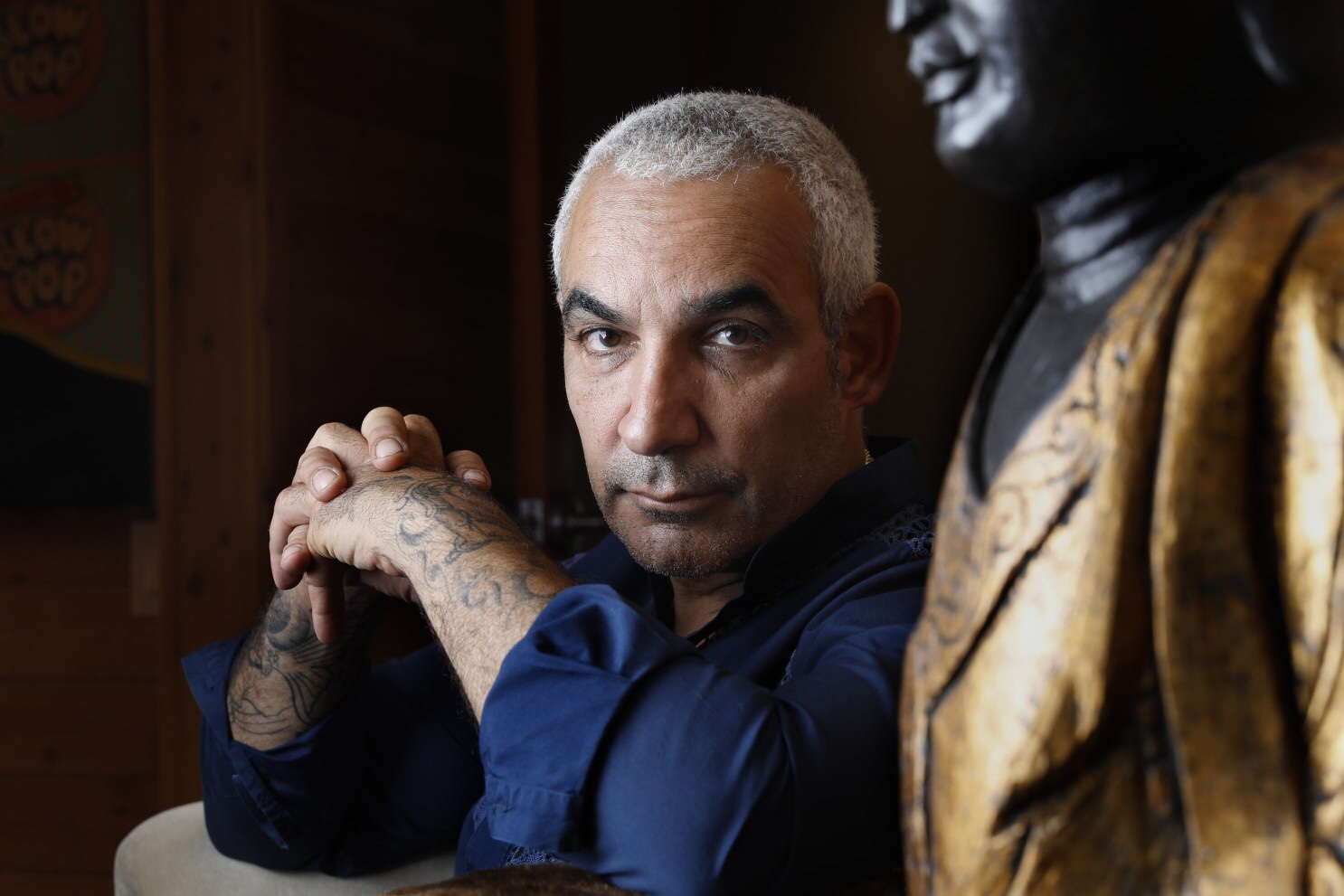 Mysterious dead air interrupted the tech mogul’s Gurvey’s Law interview several times. Was it because he revealed that Mike Flynn would soon become VP? Or that,  thanks to the FCC, all American media, including ABC, is controlled by China?

Even the hosts Elisha Krauss and Alan Gurvey didn’t understand what was going on.

“Alki what happened? Are you there?” Gurvey said after Alki David was strangely muffled. At first, Gurvey and Krauss thought the producer had bleeped him for swearing–but it soon became clear darker forces were at work.

“I don’t think Lisa Bloom is going to be an attorney for very much longer,” Alki said.

Soon enough Alki was trying to pull the blinders off of the hosts’, and listeners’ eyes.

“We have been attacked. All the media in America is essentially foriegn owned,” Alki said.  “Obama made it so that China could own the U.S. media — it was very calculated. NBC, ABC, Fox are all Beijing controlled. And they’ve been doing pushups for this for 70 years. Take Time Magazine naming BTS as entertainers of the year.”

“Wait, what?” said Krauss. “You don’t think other types of music should be heard in America?”

“No, I like all music, all cultures,” said Alki. “But I object to non-American news services posing as American news services. Everything step of the machine that shoved BTS down our throats is Chinese-owned and controlled. BTS didn’t get into our kids phones organically, please don’t be duped about that.”

The conversation turned to the PCR Test scandal, which Alki has helped bring to light.

“At the direction of Beijing, Pfizer, Deutsche Bank, VW and the German version of the CDC are all responsible for the Scandemic,” he said. “They’ve pushed this fake test and made it the gold standard for the world in order to scare and control the West.”

He went on: “Lots of things are coming out very quickly about Obama and the Vatican and the way Tehran helped them fund Leonardo SpA to steal the election. You’ll see. It’s all politically motivated, but fully funded by criminal organizations like Deutsche Bank.”

Alki then directed listeners to his platform FilmOn.com to learn more.

“Why is FilmOn not being shut down like Parler?” asked Kruass.

Suddenly there was dead air. Someone, somewhere wanted to make themselves known.

“Welcome back,” said Gurvey after a long period of silence. “This is Gurvey’s Law, where we turn Murphy’s Law upside down.”

“The FCC should be ashamed of itself,” Alki David. “It was 2013. There was a decades-old ownership rule that regulated the amount of foreign ownership of American media companies. It was then changed by the Obama administration and caused a tsunami of Chinese investment in media. GE, IBM which is owned by Lenovo, Comcast is owned by China wholly–which means NBC and hundreds of other major companies. China’s sole desire is to dominate our society, politically and culturally. Hey! Get this! Do you know Comast is the single biggest investor in the U.S. penal system? Does that really sound ok to you? Is that what you want?”

“Have you thought about investing in Parler?” Garvey asked.

“I have FilmOn. But don’t get me wrong. I love Parler. I use it and I use Instagram and I use every platform I can to be heard. As should anyone who is even a little awake should pull their finger out and express themselves. I don’t care if they’re right or left or up or down or whatever — everyone deserves to be heard.”

“Listen, I’m something of a WW2 expert. I’ve studied everything and I can tell you it’s apathy that led to the gas chambers. It’s apathy that led nations, whole cultures, to be devastated. Please: If you’re listening, we are days away from Chinese take over.”

“And we’re back,” said Gurvey, extra chipper and audibly smiling from ear to ear. “This is a radio show. On a station. I’m not going to mention the name of the show, or the station, right now. Let me just leave it at that: You are listening to the radio.”

We’ll add the full episode when and if KABC makes it available, meanwhile get real, non-Chinese Communist Party news at FilmOn.com/News