With many children struggling to learn remotely from home this past year since the start of the COVID-19 pandemic, the American education system needs a compelling message of optimism. The upcoming documentary, ‘My Name Is Pedro,’ is offering that sense of hope as it emphasizes the importance of having great educators within the infrastructure of America’s public education system.

The timely reminder of the need for dedicated teachers, especially during the current pandemic, is highlighted in the movie’s trailer, which, along with the poster, has been unveiled by its production company, Sweet180. The film’s assets were unveiled to help support its release on VOD and DVD on February 23 in the U.S., Canada and UK. The documentary will be distributed on such VOD and cable platforms as Amazon, Apple TV, GooglePlay, Youtube FandangoNOW, Verizon and Wave Broadband.

‘My Name Is Pedro’ explores the seemingly impossible journey of South Bronx Latino educator and maverick, Pedro Santana, a former “special ed” student, whose mantra is: every kid can learn despite their circumstances. A New York Times profile of his “Out Of The Box” teaching techniques thrusts him into the spotlight, which creates great opportunities for change, but also has its downside: public school politics which, despite the cries of students and parents alike, threaten to take him down. 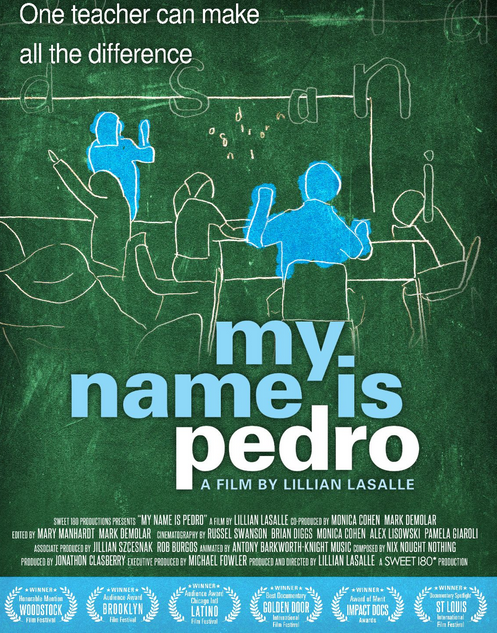 The official trailer has been released for director Lillian LaSalle's documentary, 'My Name Is Pedro.'