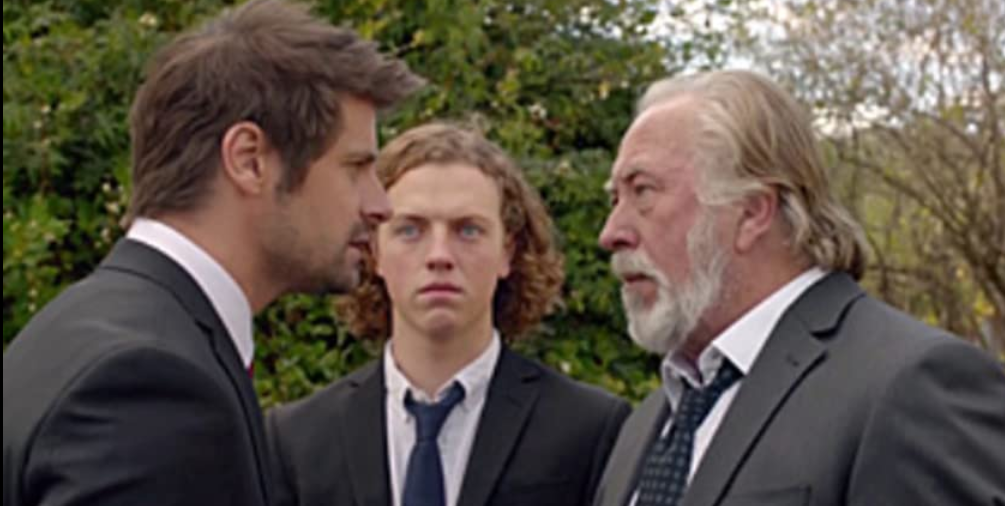 Actors Steve Bisley, Ryan Johnson and Matt Castley star on the ‘This Is Not a Love Song’ episode of the Australian medical comedy-drama television series, ‘The Heart Guy.’

Repeats of ‘The Heart Guy’ are now being broadcast on the Drama channel on Filmon TV. The latest episode to air on Filmon can be streamed tonight at 8:40pm-9:35pm local time. It can be watched live, or recorded and watched at a later time.

The seventh episode of Series 1 of ‘The Heart Guy,’ which is titled ‘This is Not a Love Song,’ was written by Liz Doran, and directed by Peter Salmon. The episode follows Hugh and Penny (Hayley McElhinney) as they’re forced together during an overnight trip to a coal mine.

Cancel reply
Eleanor Questions if She Should Marry Dr. Marsham on Bramwell
Karen Hopes Tom and Ella Have Turned a Corner on Doctors
To Top