Crafting an equally distinctive visual and emotional story that intricately interweaves a settled family’s conservative moral beliefs with a younger couple’s radical actions can create a tense atmosphere that’s sure to enthrall audiences. The new historical thriller, ‘The Delivered,’ is one such fictional film that tells a uniquely relatable story that accurately chronicles the struggles that people with opposing life views experienced in past times.

Crime drama veteran, Thomas Clay returned to the world of cinema after over a decade away from cinema with his latest movie, which he wrote, directed, executive produced and edited. His latest movie is now available on VOD, courtesy of Quiver Distribution, after it had its world premiere at the BFI London Film Festival in 2019.

Set on an isolated farm in Shropshire in 1657, ‘The Delivered’ tells the story of Fanny Lye (Maxine Peake), a woman who learns to transcend her oppressive marriage and discover a new world of possibility – albeit at great personal cost. Living a life of Puritan stricture with husband John (Charles Dance) and young son Arthur (Zak Adams), Fanny’s world is shaken to its core by the unexpected arrival of two strangers in need, Thomas Ashbury and Rebecca Henshaw (Freddie Fox and Tanya Reynolds). The young couple puts Fanny and her family’s lives in danger, as they’re being closely being pursued by a ruthless sheriff and his deputy (Peter McDonald and Perry Fitzpatrick).

Clay generously took the time recently to talk about writing, directing and editing ‘The Delivered’ during an exclusive interview. Among other things, the filmmaker discussed that he prepared to make the historically accurate feature in part by reading historical documents from the 17th century before he began penning the thriller’s script. He also mentioned that once he began working on his helming duties, he first cast Peake in the drama before he brought on the rest of the actors, and once the performers all became attached, they worked on building their characters together every morning before shooting began.

The conversation began with Clay discussing what inspired him to scribe the screenplay for ‘The Delivered,’ and what his overall writing process was like on the feature. “I initially started reading a lot. One of the great things about that particular moment in history was that regular people were expressing themselves, in part by publishing pamphlets, many of which survived. So we have a great record of what the common people were thinking at the time,” he revealed.

“So I read a lot of those historical documents, and then wrote a draft of the script. We then brought in some script consultants to advise on it; we had a language consultant and a history consultant,” the scribe also shared. “Overall, the writing process took about nine months.”

Clay then delved into how in addition to penning the script, he also directed the movie, and what his overall helming style was like on the set. “I don’t put many directions in the script, as I like to focus on the dialogue and characters. I also spend a lot of time on the shot list, and this film has 660 shots. That was all pre-planned, and I was still working on it when we went into production,” he shared.

Once he began his directorial duties, one of the main jobs the filmmaker had during ‘The Delivered’ s pre-production was casting the actors who appear in the feature. He disclosed what the overall casting process was like for the thriller.

“Maxine Peake was the first person who came aboard the film, about a year before we shot it. She’s a great actress, and the perfect choice to play Fanny,” Clay revealed. “After that, we focused on the set-building and getting the financing in place. We weren’t quite sure when we were going to shoot, so it was quite hard to bring on the other actors at that point.

“So most of the rest of the cast was brought on at the last minute. But once we had a set starting date to begin filming, we were able to ask the actors if they were free on the particular start date. So the rest of the actors then signed on, including Charles and Freddie, who was the last person who signed on,” the filmmaker added.

Once the actors were cast, Clay was able to work with them to build their characters’ arcs in the story. “We had a little bit of rehearsal time in the beginning, but everyone mainly had to jump in. We would rehearse a bit in the morning, and talk things through. I would also talk about my shot list with the actors,” he shared.

Since ‘The Delivered’ is set on an isolated farm in Shropshire, the director had to search for a real location in modern England that would match what the farm would look like in the era that the story’s set. “We talked about finding a location that would be believable to the story. The farm in the story is so isolated, but there are only some parts in England, even in the 17th century, that were in such isolation. So we decided the West Midlands really made sense, historically, for the script,” he shared.

“So I began location scouting with my wife. We spent about six months studying maps and going out to the locations, in order to find a spot that would be the perfect place to build the farm, based on the geography” from the mid-1600s.” Clay added that “We also wanted to find a location where the light comes across the house during the morning.

“After that, it came down to our construction team to determine which location was the most practical. We were then able to lay down the foundation and build the farm,” the filmmaker added.

Besides writing and directing the film, Clay also served as the editor on the feature. He then explained what the process of putting the final version of the drama together was like during the post-production stage.

“When I edit a film, we create an initial template, which I find essential. So then within a week of filming, I already have a rough cut. We then go through a gradual process of putting things in and taking other things out,” the filmmaker shared.

“We actually have two versions of the film that are going out; the theatrical cut that was released around the world, and an extended cut that’s coming out on Blu-ray in a couple of weeks,” Clay shared. He added with a laugh, “It’s hard to settle on a single version.”

Speaking of ‘The Delivered’s release, the helmer expressed that “It’s obviously a difficult time to put a movie out right now. While we were making this film, we were hoping to get a theatrical release, but now with COVID, we can’t have a major theatrical distribution. But I’m happy that people will still be able to see it in a high-quality format on VOD and Blu-ray,” he concluded. 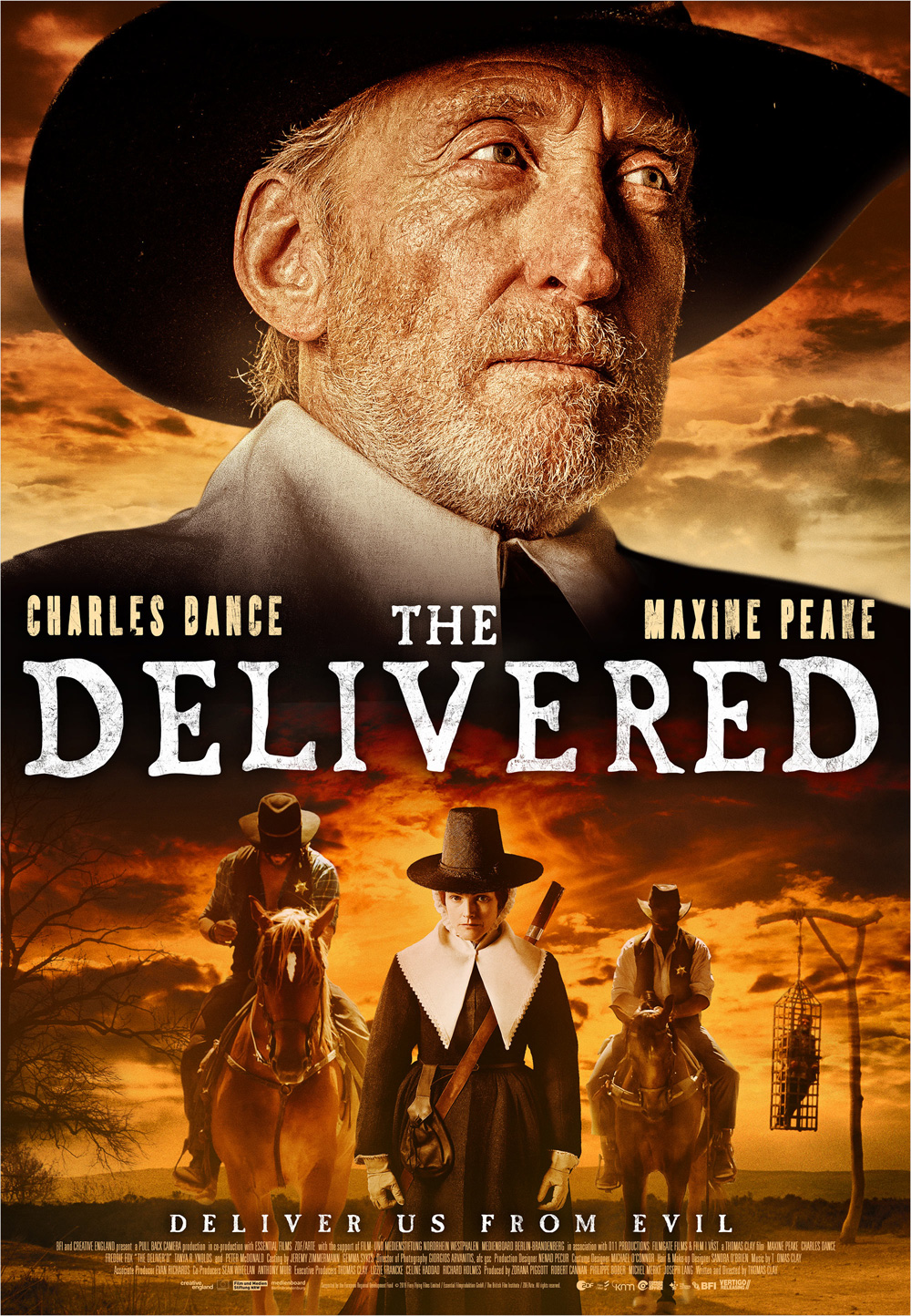