Being forced to stay at home during a regional or national crisis does offer a few surprising benefits, as the characters in the new drama, ‘The Blackout,’ are discovering. The group of friends and neighbors are forming deeper connections with each other while they’re forced to stay at home in New York City during 2012’s destructive hurricane Sandy.

The film was released this week on VOD, courtesy of Gravitas Ventures. In honor of ‘The Blackout’s distribution, ShockYa is premiering an exclusive clip from the movie. The clip features actresses Leah Henoch, Hillary Anne Matthews and Tess Paras’ characters of Zoey, Liza and Jen while they’re spending time with each other, as well as several other of their friends and neighbors, on the eve of hurricane Sandy descending on New York. The three women imitate each other while they share their thoughts about how they’re coping with the impending storm.

‘The Blackout’ follows hurricane Sandy as it descends on New York, and leaves devastation in its wake as it plunges the city into darkness. During its destruction, a group of friends and neighbors come together and discover the joys, heartaches and pleasures of human connection over the course of one night.

For more information on ‘The Blackout,’ visit the film’s official website. 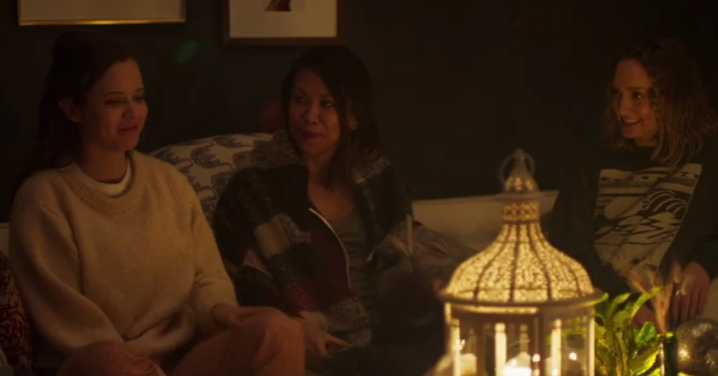