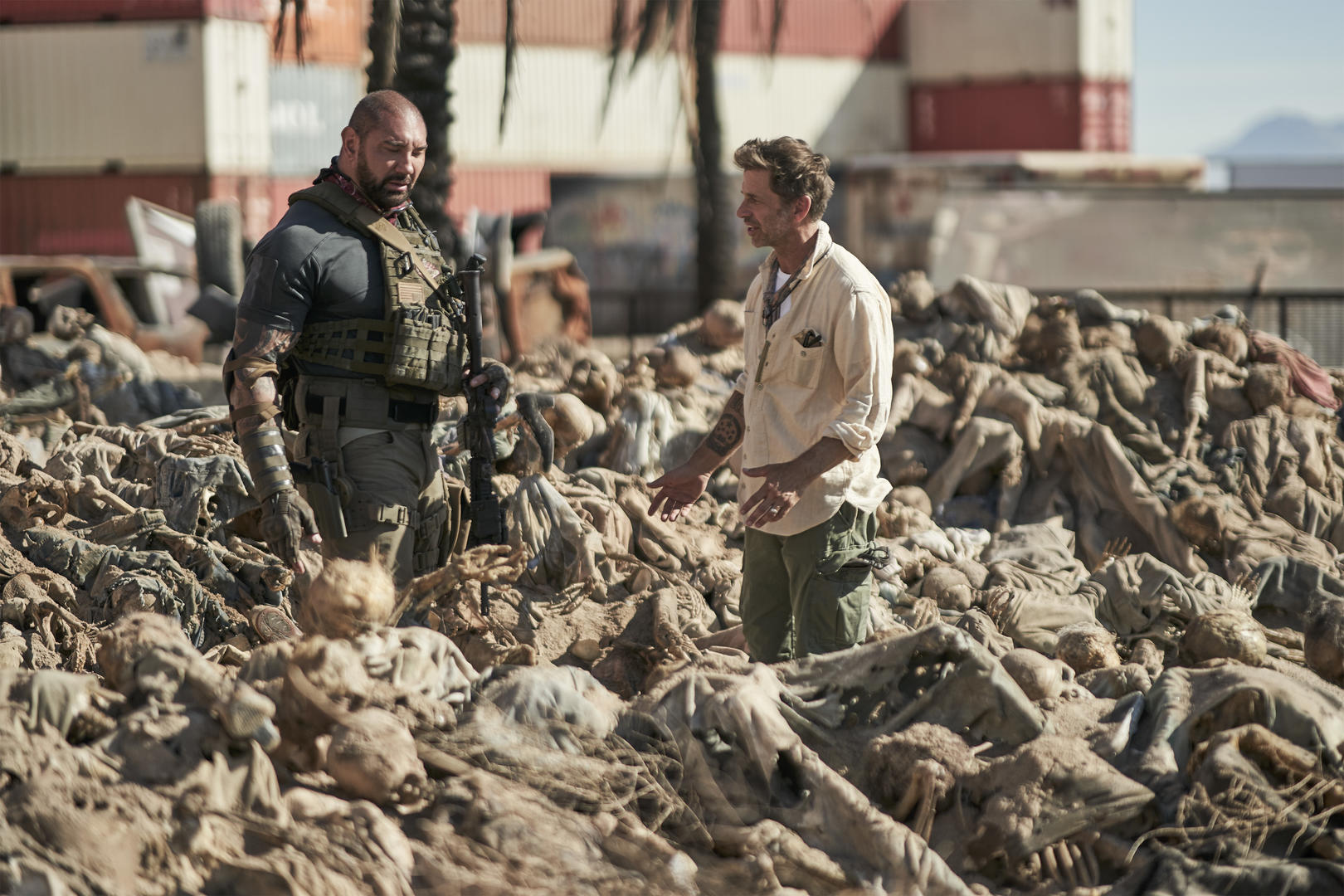 (L-R): Dave Bautista as Scott Ward and Zack Synder (director-producer-writer) on the set of ‘Army of the Dead.’ Credit: Clay Enos/Netflix © 2021

Filmmaker Zack Snyder is heading back to the land of zombies with the upcoming release of his horror movie, ‘Army of the Dead.’ In support of the drama’s distribution on Netflix on May 21, the streaming platform has unveiled the official teaser trailer for for the action feature.

Snyder, who made his feature film helming debut with the 2004 remake of the hit classic zombie movie, ‘Dawn of the Dead,’ directed ‘Army of the Dead.’ The filmmaker also produced and created the story for his latest drama, which he also co-wrote the script for with Shay Hatten and Joby Harold.

Cancel reply
Eve Discovers That Her Lover, Stefan, is Implicated in a Murder on Waking the Dead
My Zoe Movie Review
To Top