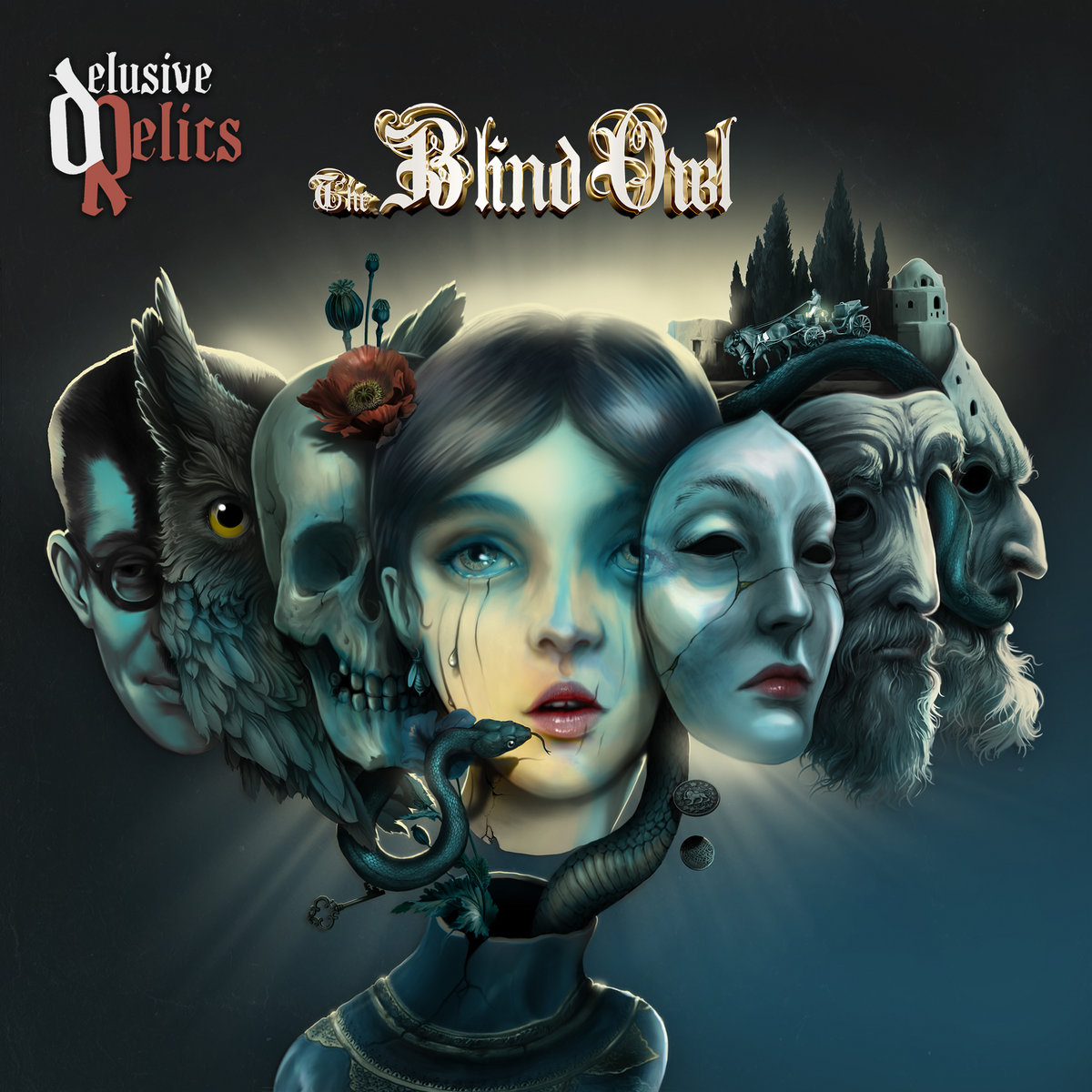 A young man is drifting into despair and madness after losing his mysterious lover on Delusive Relics’ dark, poetic new album, ‘The Blind Owl.’ The New Hampshire-based electro-industrial duo, which is comprised of singer-songwriter, Farhood Nik and his fellow instrumentalist, Anis Oveis, delved into their Iranian roots to create the relatable eight-track record.

The recently released LP, which is the band’s second album to be called ‘The Blind Owl,’ is based on the classic novel of the same name by Sadeq Hedayat, which was published nearly a century ago. Nik was inspired by the book’s plot and characters to compose the epic concept record, which effortlessly combines elements from such genres as synthpop, industrial, EDM, electronic rock and post-punk in its powerful lyrics, vocals and instrumentals.

Delusive Relics’ members, who are also inspired by such musicians as Depeche Mode, Nine Inch Nails, Massive Attack and Juno Reactor, powerfully combine elements of British-driven electronica and Middle Eastern melodies to create strikingly impressive modal songs. Linking equally foreboding and charismatic lyrics with fascinating synth piano chords, the group is effectively able to illustrate its message of how people often contend with their sorrow after they loose a meaningful person in their lives.

‘The Blind Owl’ begins with the emotionally intense entry, ‘Writing For My Shadow,’ which opens with dramatic and sinister piano chords before it builds up into a unique trip-hop beat. The track’s melancholic instrumental tone and electro-pop rhythms support Nik’s piercing vocals as he emphasize that he’s searching for happiness and meaning in his life. He emotionally adds that he feels he can find that contentment with the woman he loves, who he can’t find.

Another intriguing entry on Delusive Relics’ latest record is its third tune, ‘Painting From Dead Body,’ which features guest vocals by female singer, B-Astre. The electronic rock-industrial song, which serves as one of ‘The Blind Owl’s singles, is notable for its pulsating bass and eerily intense piano chords, which drive Nik’s operatic vocals. While the track doesn’t feature as many vocals as the LP’s initial entry, the single does features the singer powerfully emoting that he needs to find the woman he loves again.

Delusive Relics’ LP continues its intriguing journey with the astounding entry, ‘Glazed Jar,’ which further proves the duo’s musical versatility. Starting off with a unique blend of classical pop piano chords, the tune soon delves into soulful lyrics that emphasize Nik’s ability to bring the woman he loves back to the place she truly belongs. While the song continues with the album’s message that the singer just wants to see the person he loves again, the band members prove their natural ability to incorporate a diverse arrangement of instrumentals and vocals into their musical collection.

‘The Blind Owl’ starts to wind down with its penultimate entry, ‘Shade of Owl,’ which also serves as one of its single. Driven by a riveting synth, striking classical piano chords and hypnotic female vocals from guest singer B-Astre, the track stunningly blends elements of trip-hop, EDM, industrial pop and progressive rock to create a mesmerizing melody that highlights the perspective of the woman in the relationship. She encourages the man in her life not to be scared of their ever-evolving dynamic, as they’re just different from each other.

The Delusive Relics’ new record ends with its best entry, ‘Becoming Old Man Dealer,’ which smartly interweaves layers of electro-pop, dance and industrial ambient elements into its eerie vocal and instrumental tones. Featuring strong female vocals by guest musician Venessa Hale, the singer relatably declares that she doesn’t want to be forgotten and wants to be heard, even if it means she has to painfully face the truth of her relationship. The powerful closing tune offers provocative moments of insight through its tantalizing vocals and instrumentals, which make it the most likely to become the LP’s biggest commercial hit.

Driven by an array of creative elements, most notably its powerful emotions in its narrative composition that range from excitement to happiness and sadness, ‘The Blind Owl’ is stunningly sharing a sense of social consciousness with Delusive Relics’ listeners. Also featuring heartfelt vocals and unique instrumentals, Delusive Relics’ latest compilation of songs fascinatingly illustrate how human emotions are regularly affected by the situations that people regularly find themselves in as they struggle to survive.