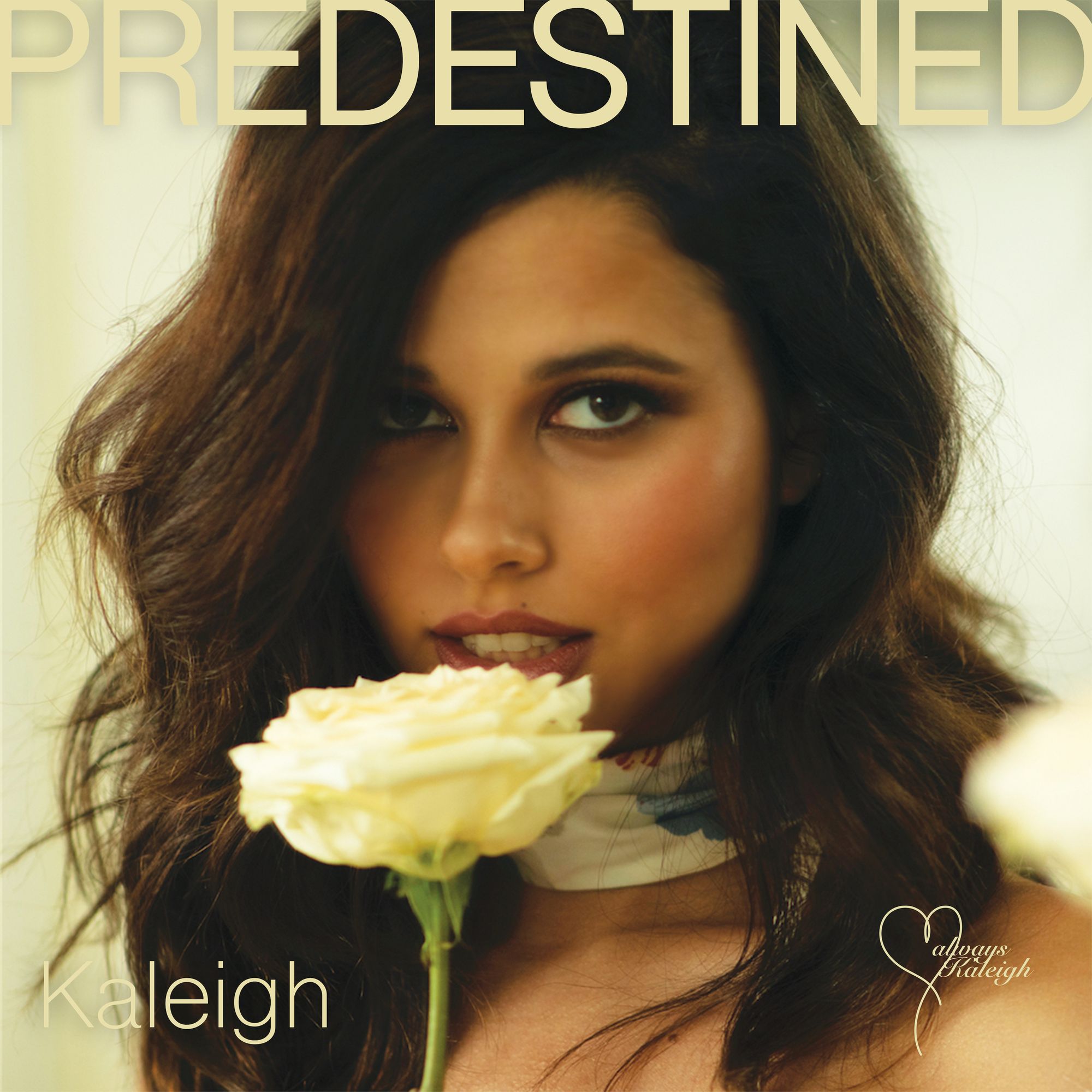 Fully maturing into adulthood can be a challenging time for many people as they graduate collage and start truly contending with what they’ll do with the rest of their lives. That emotional journey has become even more harrowing for many young adults during the initial outbreak and continued effects of the COVID-19 pandemic. The troubling times of the past year is emotionally highlighted on the latest release from Los Angeles-based rock-alternative musician, Kaleigh.

The singer-songwriter, who graduated from UCLA last March just as the U.S. began its national lockdown, unveiled her debut full-length rock album, ‘Predestined,’ on all platforms earlier this month. The nine-track alternative record chronicles her coming of age journey over the past year, as her perspective on the world has changed. Kaleigh embarked on an intimate, personal exploration of how the things she’s witnessing around the world is affecting her, which she naturally infused into her relatable and distinctly diverse tunes.

The musician penned ‘Predestined’ entirely during the height of the pandemic last year, which she then recorded in her home studio. The powerful entries on the album all uniquely highlight the ever-changing emotions she felt during the rapid change in the world, in regards to such topics as growing up, rebellion, first love, lust, heartbreak, career goals, chasing dreams and one of the most relevant issues in modern American society, political and social criticism.

‘Predestined’ begins with its captivating lead single, ‘Weather the Storm,’ which begins with a stunning blend of jazz, metal and country instrumentals. The record’s initial song features an intriguing metal-driven chorus that feature a powerfully structured story. Supported by intense rock and grunge-infused guitar riffs and drum beats, Kaleigh’s raw, edgy vocals and overall lyrics throughout the rest of the track remind listeners that they should take the world’s current events, including health and natural disasters and racial, economic and social division, seriously. She also emphasizes to her fans that everyone should unite and stand together in order to reach progress throughout the tune, which is a great introduction to her musical style.

The singer’s debut album then delves into its sophomore entry, ‘Lost Souls,’ which serves as its second single, and draws some inspiration from Paramore’s modern rock and alt-pop style. Her follow-up song features more personal lyrics as she chronicles the advantages and disadvantages that accompany entertainers’ journeys of pursuing their dreams in Hollywood. The track’s relatable theme, which reminds people that if they don’t overcome their fears and pursue their goals, their dreams may disappear, which is set against a stunning blend of rock guitars and drums, make it a sure commercial hit.

Another notable entry on ‘Predestined’ is its fifth tune, ‘Perfectly Imperfect,’ which is sure to become a dance hit. Set against energetic instrumentals and a rock funk beat, Kaleigh reveals in pulsating vocals that she’s comfortable with her imperfections. She also shows her true versatility as a musician as she expresses that she wants people to see her for who she truly is, and doesn’t want to fool people to think she’s someone she’s not.

Kaleigh’s initial record begins to wind down with its penultimate song, ‘God Have Mercy,’ which perfectly blends gritty alt-pop-punk vocals and striking guitar chords and drums. The femme fatale-inspired track features raw and passionate vocals as she croons about finding her own true identity during such a time of panic and chaos. The singer channels Paramore’s intense rock beat through her vocals and instrumentals once again as she chronicles the emotional process of trying to understand who she is in the present ever-changing world.

‘Predestined’ comes to an end with its last entry, ’50s Dream,’ which features an intriguing alt-Americana and indie rock twang. The tune chronicles Kaleigh’s determination to come to terms with trying to understand her past and present dreams, as she truly begins to realize that the world isn’t what it seems anymore. Channeling Evanescence’s lyrical messages and instrumental vibe, the up-and-coming musician declares that it’s important for everyone to rely on themselves as they pursue their dreams.

Kaleigh has crafted a seminal album with ‘Predestined,’ as it proves her natural abilities as a singer-songwriter, and make her an intriguing, noteworthy fixture in the alt-rock genre. Her diverse vocal and lyrical range highlight her coming of age journey over the past year, as as she offers a unique perspective on how the world has changed during COVID-19. The musician embarked on an intimate, personal exploration of how the things she’s been witnessing around the world has been affecting her, which she naturally infused into her relatable and distinctly diverse tracks. Her interpretation of being a young adult during the pandemic will surely bring all kinds of music fans together, as her tunes are capable of standing the test of time, and can eliminate social divides.